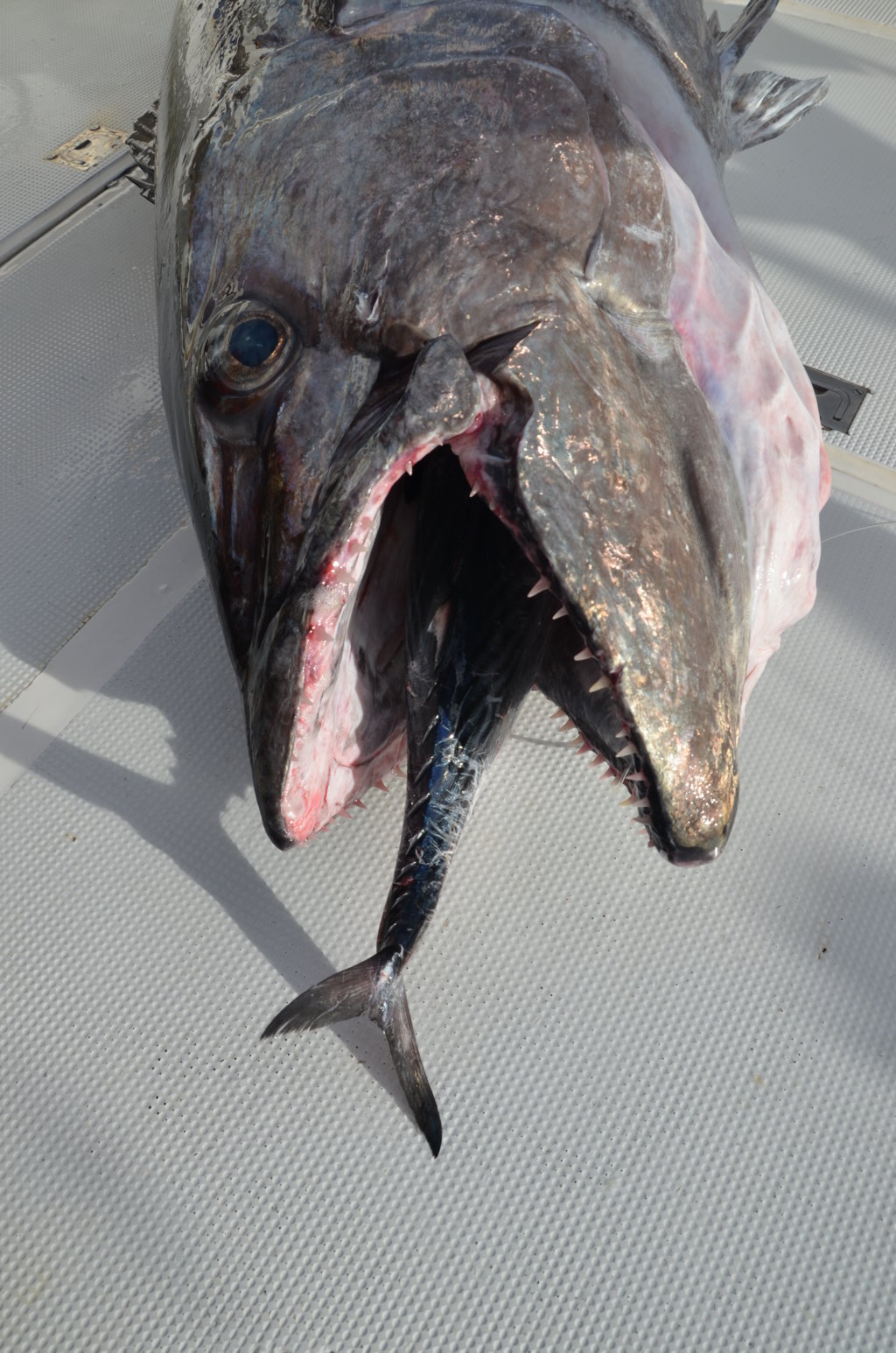 If conventional trolling is the ideal solution to prospect grounds and cover large areas looking for fish, bait fishing is perfectly adapted to look for big pelagic fish as well as reef fish on “hot spots”.

It can be realized in different ways:

As you can see, possibilities are opened!

From bottom fishing to slow trolling, above reefs or on the reefs, with 2 live baits, techniques are numerous and you will appreciate to be aboard a multi fishing boat.

Baiting is opportune as the crew perfectly masters the area.

Baiting is practised in fish concentration areas (underwater structures, clustering of forage fish, fish chases…). Our principle is as follows: a bigger one eats every small fish. We shall then use bonitos, yellowfin tunas, small trevallies or small dogtooth tunas or reef fish as live baits. According to activity and baits in stock, the crew will choose between:

All these techniques are generally directed towards a special type of predator, but finally, only fish decides. It is not rare to catch a red snapper on beautiful live bait and a marlin or a big doggy on small few centimetres live bait. So fishing goes! 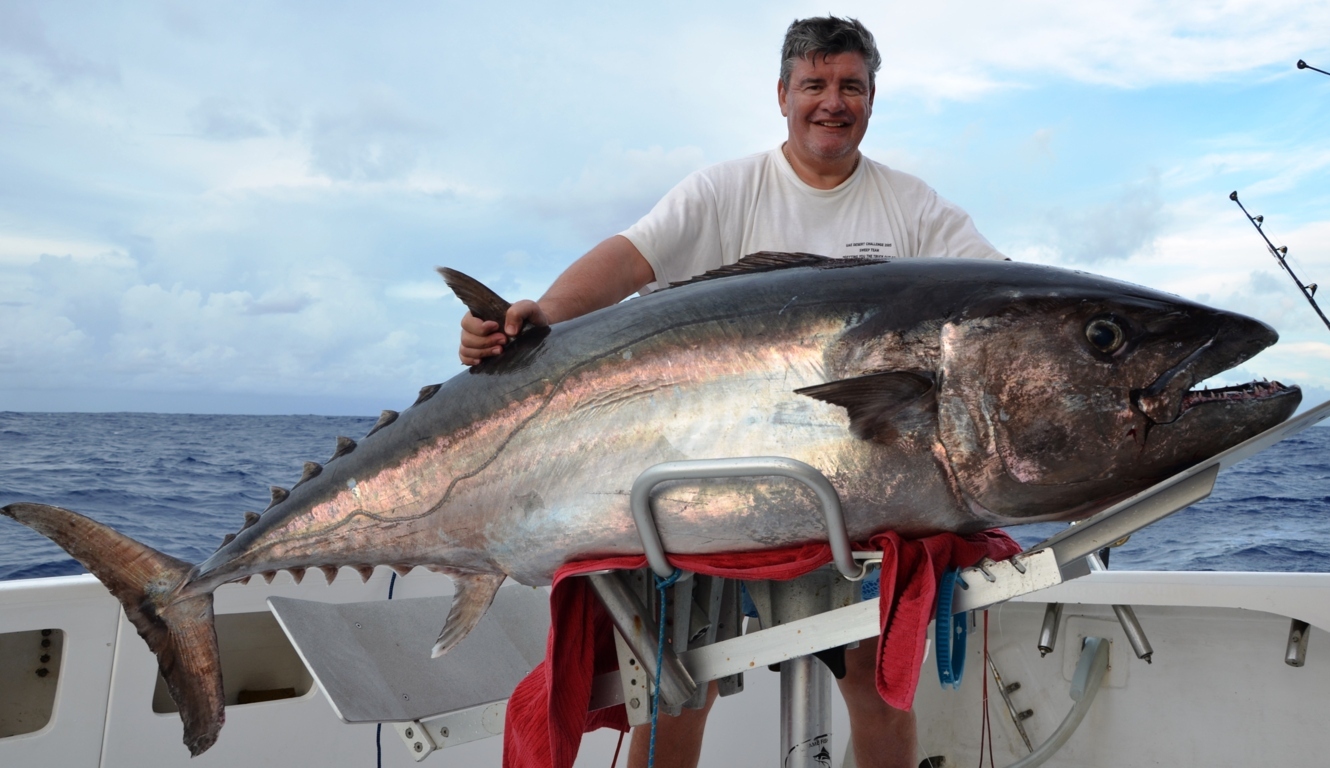 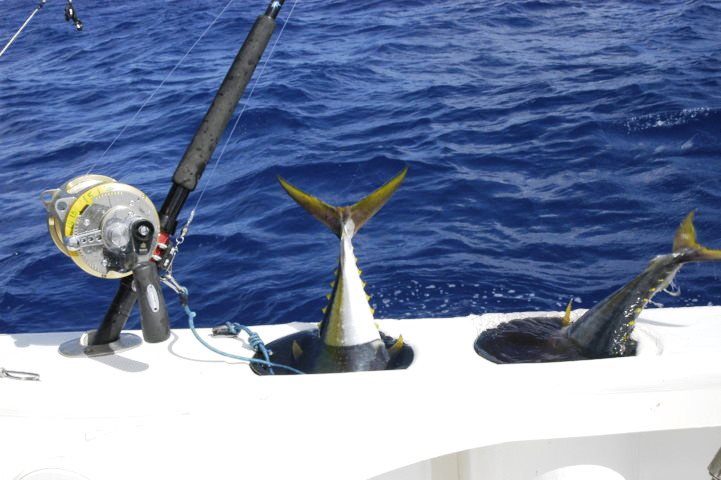 IF YOU WANT TO USE YOUR OWN TACKLE

Of course you may use your jigging rod, even with a live bonito if it has a good power reserve and also if it is combined with a reel such as Stella 20000 or 30000 filled in with 80lbs braid (Power Pro).
We mainly prefer the use of circle hooks; they usually hook in the corner of the mouth, enable a better release and more vigorous fights.

If spot is more «dogtooth tuna or trevally» 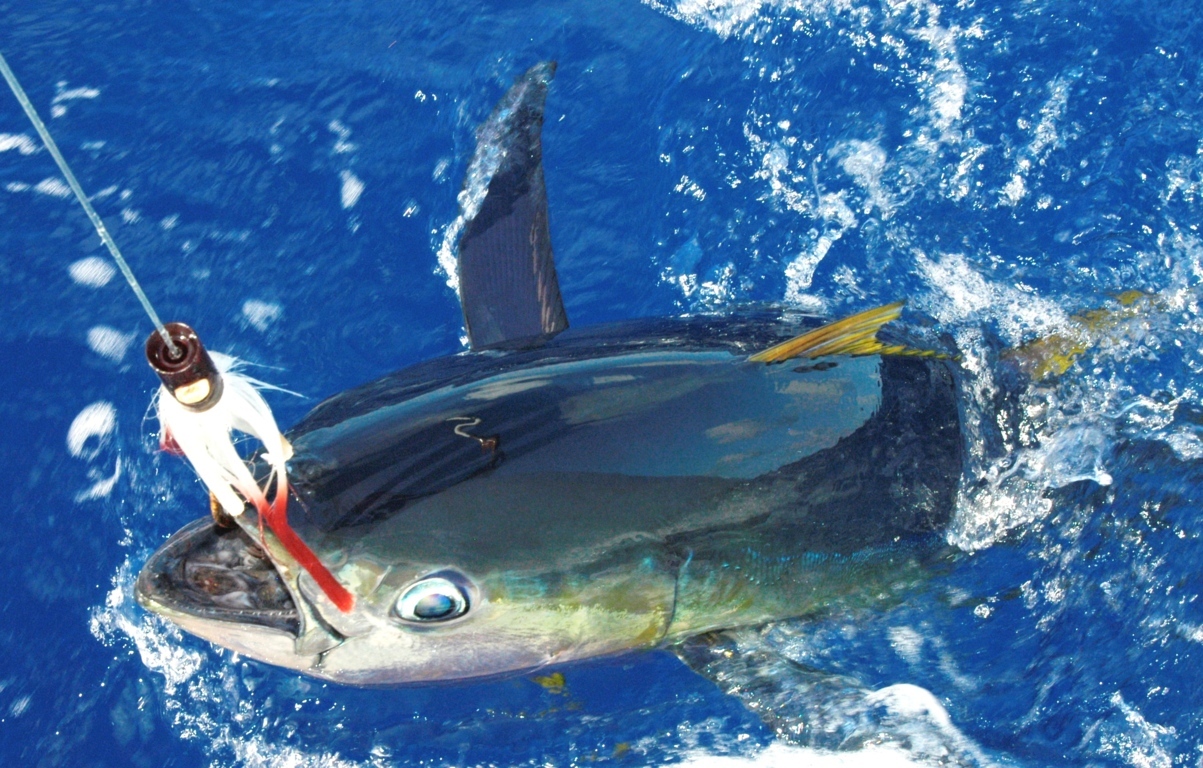 When we practice big baiting, dead or alive, you may keep the line in your hand, pick up opened. On strike, you may let the fish take more or less line. You will not be able to hook up and you may lose the fish because of the pick-up attempting to close.

Solution is just before hooking up. You may raise the top the rod high above your head and lower it very quickly in order to be “ahead” of the line outing and then you may be able to close the pick up very easily.

I strongly advice you this technique because I have seen so many trophy fishes lost following unsuccessful hooks up.

Another advice: You may set up the drag well before you put your bait in the water!