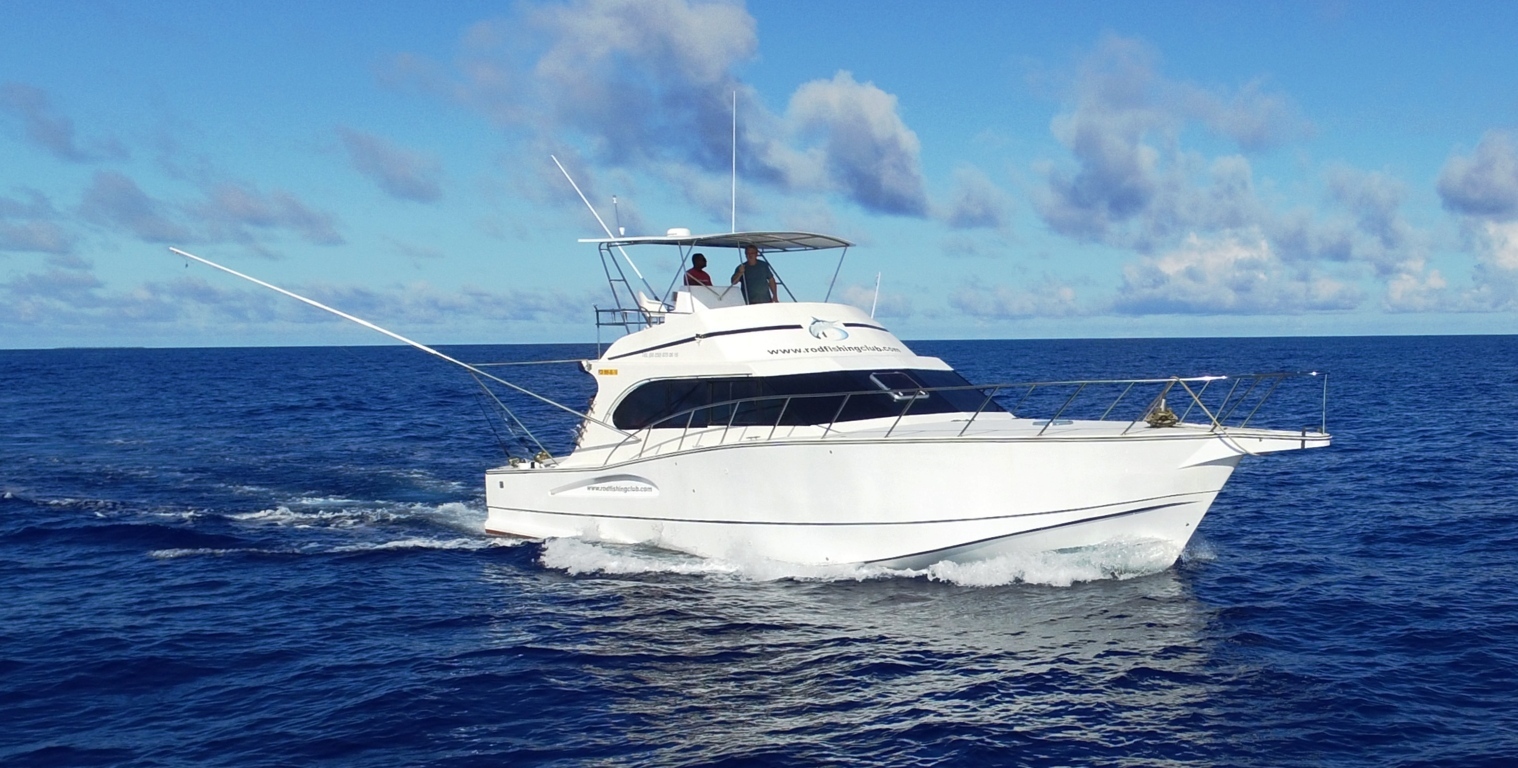 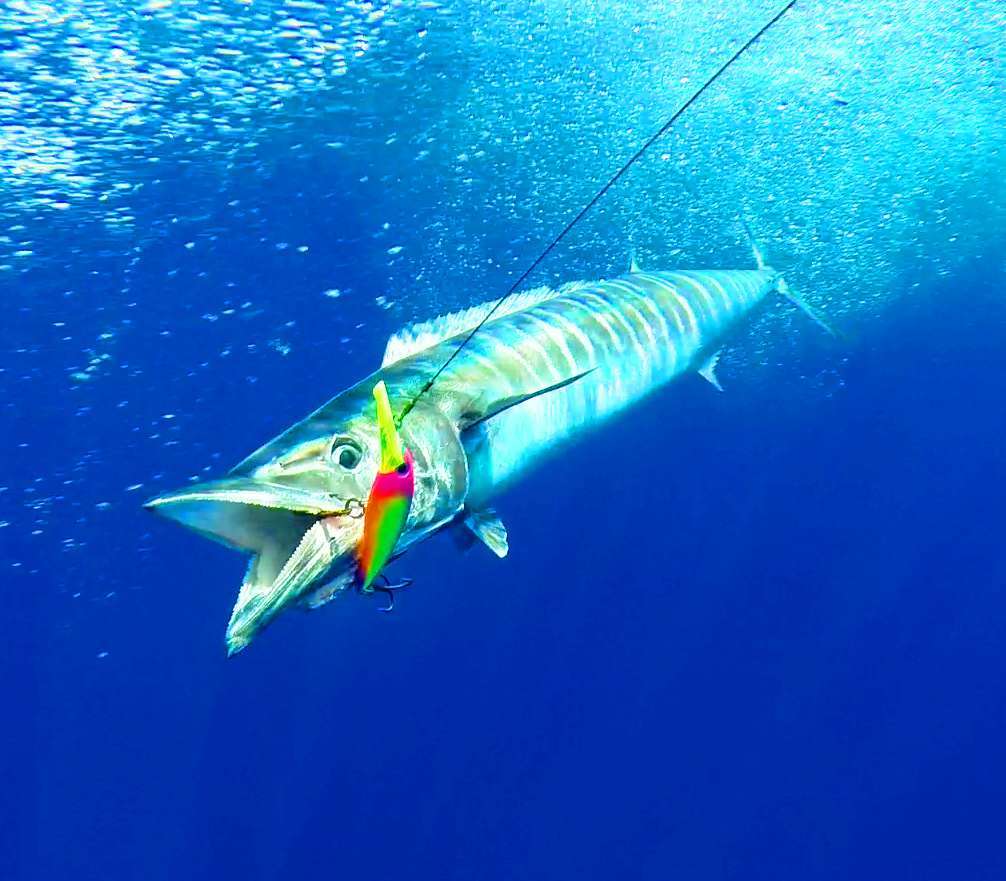 Wahoo is also called wahoo fish or queen fish, is family of mackerels.

It is easy to recognize with its long cylindrical body.

Its metallized grey sides are striped with 24 to 30 vertical cobalt blue strips, whereas its back is dark blue.

While attacked, its strips become bright blue and fade when it is dead.

They cut leaders, or any other classical rig, badly shortening your lures.

Our club record is a 43kg wahoo caught heavy spinning gear while trolling by Louis Collet (Mayotte) on 27 November 2015.

It mostly feeds with small pelagic fish and squids

With a very high speed, it rushed on its prey and rarely misses it.

Wahoo is a pelagic fish that lives in tropical or sub-tropical waters in all oceans. It evolves as all the pelagic, by the surface, scarcely below 20m deep, off the coast as well as close to it.

If young wahoos move in schools, they become lonely, as they grow old, or live by 2 or by 3. Wahoo is one the fastest fish (top speed about 60mph).

It can grow rapidly. A tagged piece at 5kg may have grown up 15kg within one year!

It may reach its sexual maturity when it is between 85 and 105cm long, that is to say between 1 and 2 years old.

Its average life expectancy is 5 to 6 years old. 9 years old being a maximum. 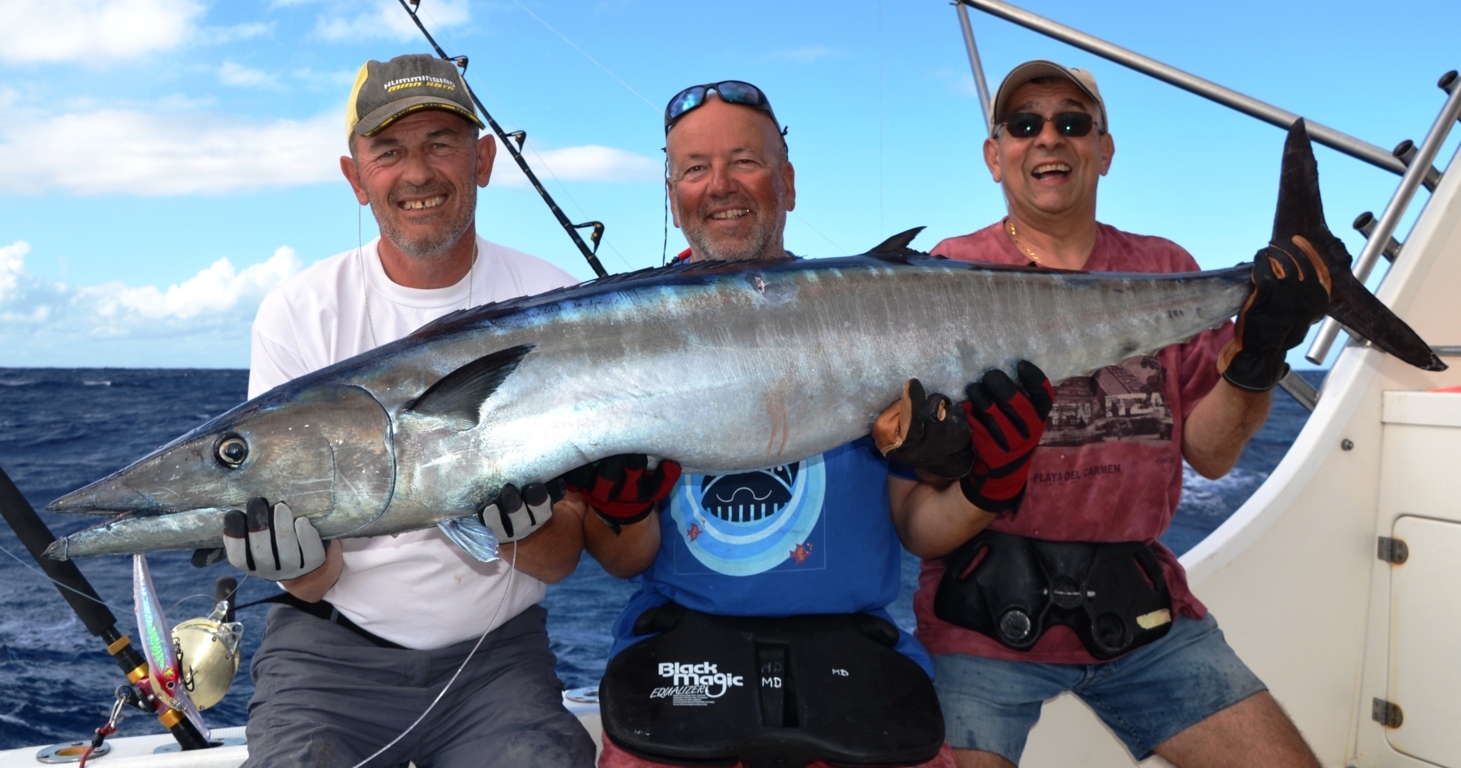 This nervous fighter is fast and lively. It can jump up to 3m high.

Caught, it will look for rushing away in all directions and will also rush towards the boat. You may lose contact with it thinking it has unhooked. For sure it will give hard fight, its sharp cutting teeth helping it.