We take advantage of a favourable weather to go the Eastern Bank for 21h. Current is strong (2knots) makes jigging difficult. We then go for “heavy spinning” with Shimano Stella 30000 and Pedro Custom rods (Patriot Design). This was a reel festival of yellowfin tunas and wahoos! Our 2 anglers could have enjoyed numerous caught on heavy spinning. Marc caught the biggest yellowfin tuna of 37kg and Claudius the biggest wahoo of 31kg. Marc also caught a 35kg doggy. 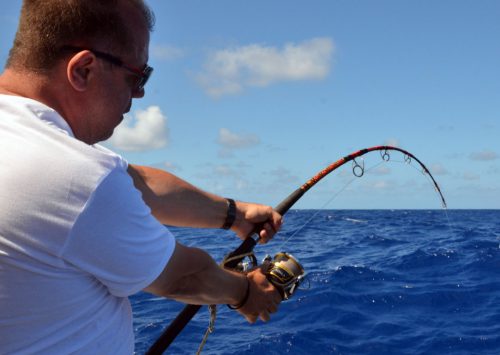 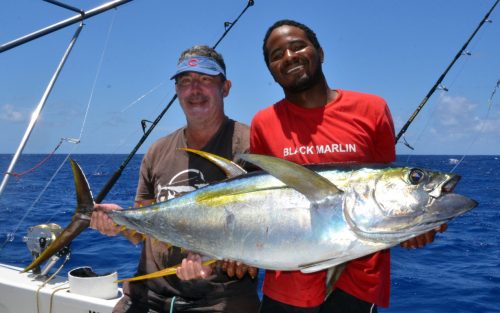 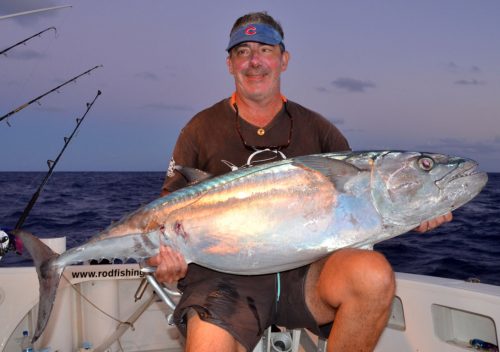 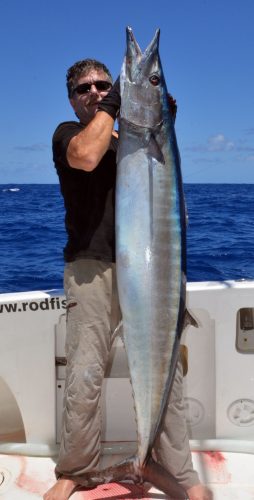 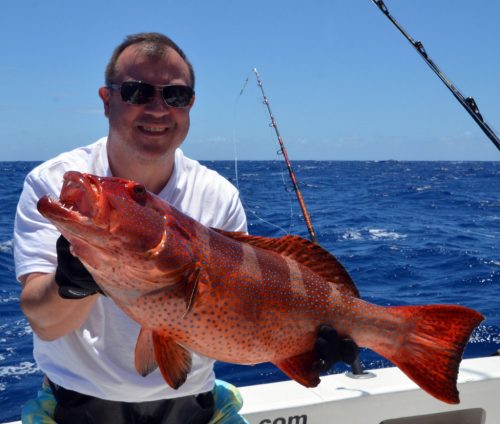 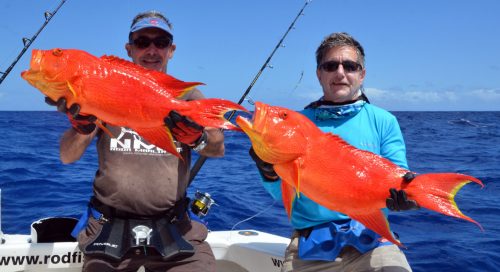 On full moon, current is still very strong (tidal coefficient of 114) and make the other fishing techniques – jigging, baiting and bottom fishing – quite complicated!

As concerns billfish, we saw a marlin; another one unhooked and small sailfish came playing around with the lures.

On our way back to Rodrigues, at night, Claudius really could have tested his new rod Patriot Design on a very big bull-shark or silvertip shark… before cutting!

Weather deteriorated, preventing us to back on the Eastern Bank for the 2nd trip with Hervé. It will finally be 55h around Rodrigues. Heavy spinning still brings lots of yellowfin tunas (35 kg for the biggest), wahoos and dorados.

On the last day, on traditional trolling, Claudius catches a 130 kg black marlin and therefore rewards us with an incredible show, exhausting itself in jumps all more beautiful than one another (over 50 pictures).

As concerns the menu, breaded dorado with chips and tortillas were particularly appreciated. With a little oil in a high saucepan, swell was making its job: no need to flip the chips! 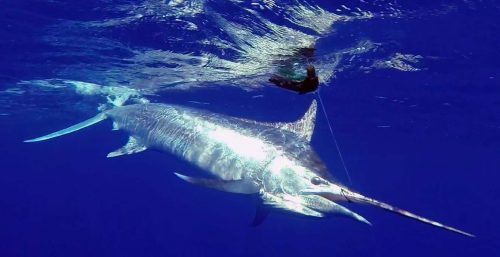