Benoit’s last trip had already been shortened with a cyclone. This time, the cyclone Amara did not let Benoit and Victor go on Hawkins. However, the days before a cyclone are usually very good! Confident, they both leave for a trip around Rodrigues. There were few yellowfin tunas, dorados and wahoos but numerous dogtooth tunas, of 51 and 53kg for the biggest by Benoit (that is to say the 202th and & 203th doggies over 50kg caught aboard Black Marlin). A nice rise of jobfish, of 12kg for the biggest, a double strike of sailfish and two marlins (of 160kg for the biggest) just make us forget about the cyclone. The anglers are overjoyed. Benoit caught his biggest doggies and as a great Lord, let the first marlin to Victor, who also catches his very first big pieces: doggy jigging, sailfish, hammerhead and marlin!

On the 19th in the morning, the cyclone Amara forces us to come back: we are class 1. What a sad home-coming after such a 48h session only! 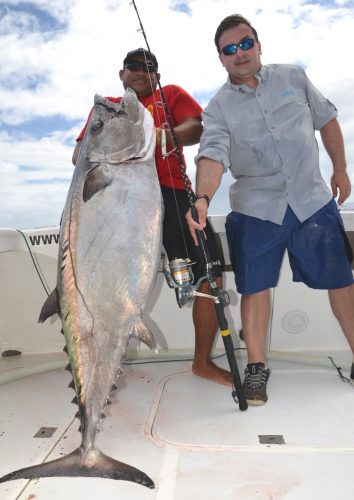 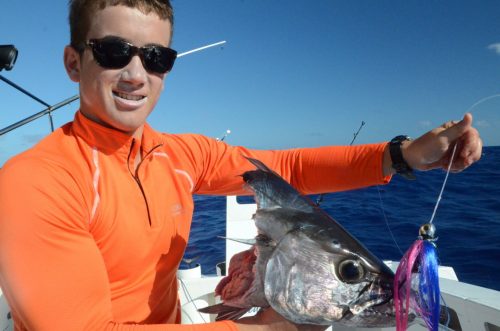 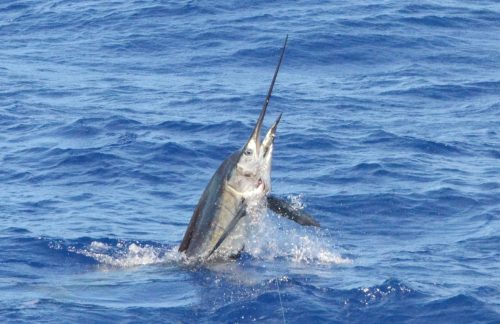 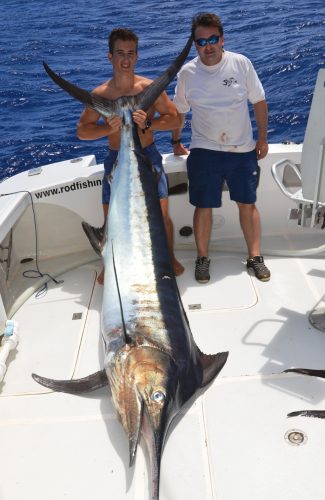