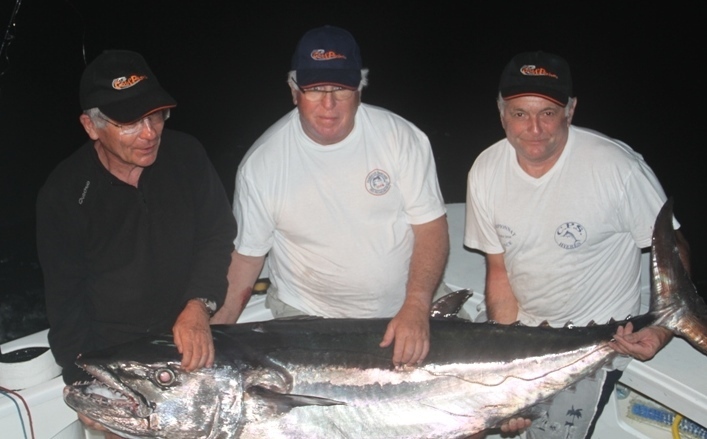 This Warriors’ Team is coming for the fifth time aboard the Black Marlin.

As soon as they arrived, they left (which is not very good though) for a 58h trip in the East But the weather steers the trips! That a finally a good idea because there was a crossing of yellowfin tunas (between 7 and 40kg), a small black marlin was released and a doggy of 66 kg on jigging at night came to reward their efforts. Of course, you cannot get away from the usual wahoos and sharks of the bank. However, the two following days around Rodrigues were completely different. As a matter of fact, the weather conditions and the current spoilt the fun! It will not go down in the annals of the fishing trips!