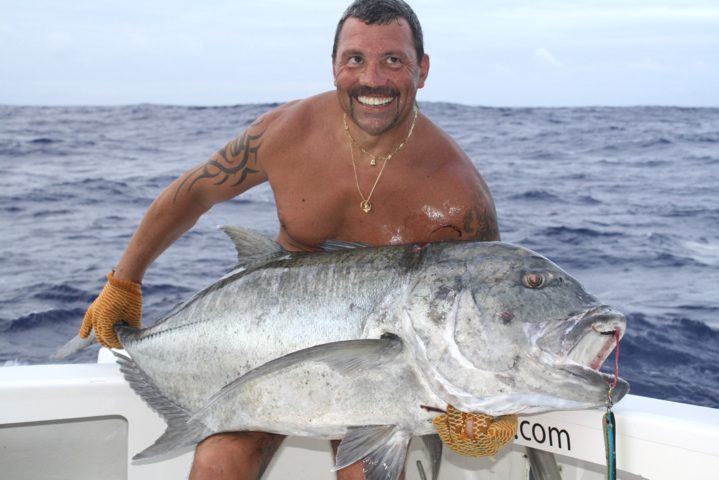 There were really nice weather conditions for this “Rabouins’ Team”, as they call themselves. The 65h Hawkins Bank was fruitful with 1 black marlin of 200kg, 3 sailfish tagged and released on trolling, beautiful yellowfin tunas and dogtooth tunas on jigging, and also beautiful giant trevallies between 25kg and 35kg.

The 58h Eastern Bank: a beautiful shark of 100kg. The weather conditions were good and fish in the average, so that they really had fun on their light jigging tackle. We have to notice that there was a huge rush broken on a Saltiga Dog Fight on 100lb which emptied within a few seconds. 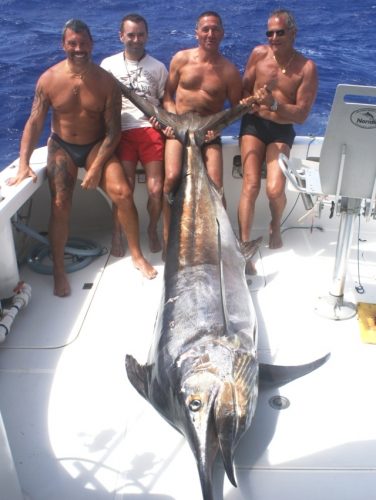 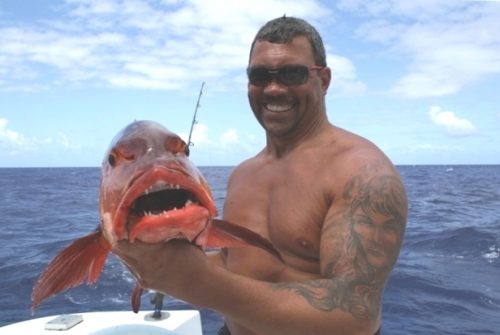