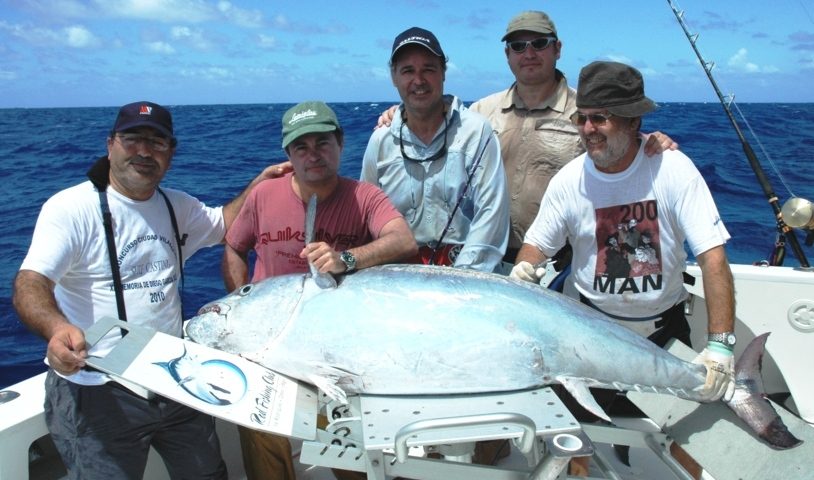 3 days jigging on the Hawkins Bank! Just a craze! No record although it was one for everyone. Only beautiful pieces! Except 5 wahoos, 4 yellowfin tunas, 5 jobfish and 1 amber jack. Doggies represent more than 80 % of the caught with 6 dogtooth tunas over 55kg and 75kg for the biggest, and more of a dozen over 30kg. Giant trevallies as well: 4 between 30 and 40kg… but a major part between 20 and 25kg. There were just a few losses but the broken lines let us imagine the huge potential of the spot. However, releases were numerous.

This new Hawkins spot allows us to overtake the limit of 155 doggies over 55kg since we started in March 2005. 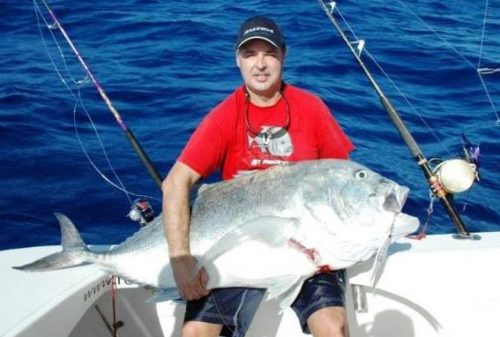 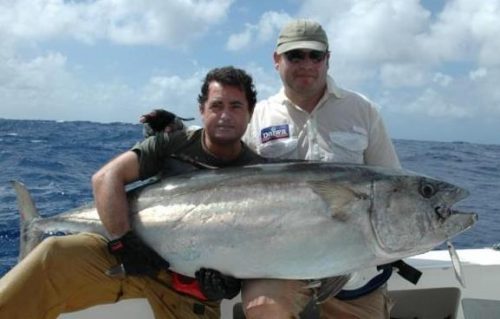