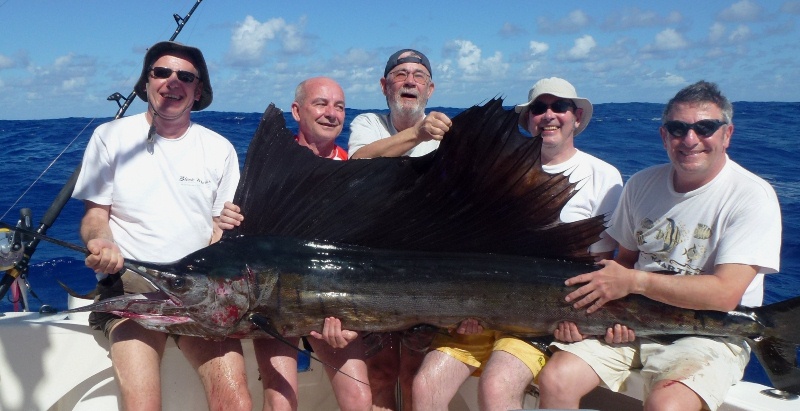 For the 6th time, Jean Charles and Freddy came with Gerard, Patrick, Jean Luc and their wives. The first day with Evelyne and Veronique, with a rough sea, enabled them to catch the usual panel of Rodrigues’ fish, including a dogtooth tuna of 42kg. On the eastern Bank, the 5 men caught beautiful yellowfin tunas and nice skipjack tunas about 15kg. For the last 34hr trip around Rodrigues, Jean Charles and Patrick had fun on trolling with yellowfin tunas over 20kg, wahoos, sailfish of 45kg, dorados and a black marlin of 180kg. As usual, good mood was as high as the rodriguan sea. 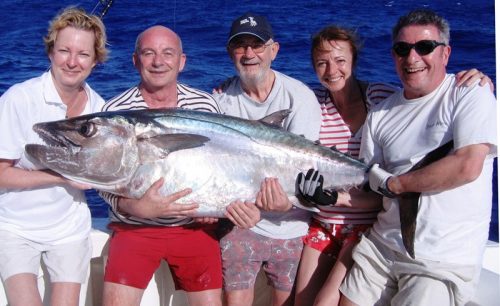 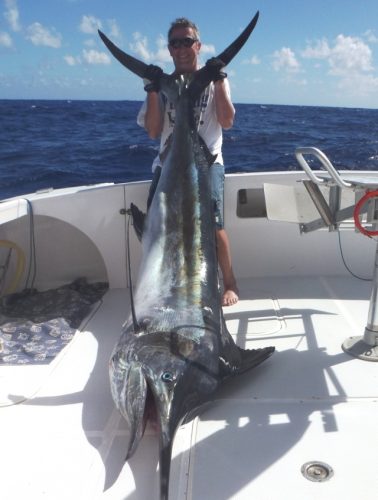