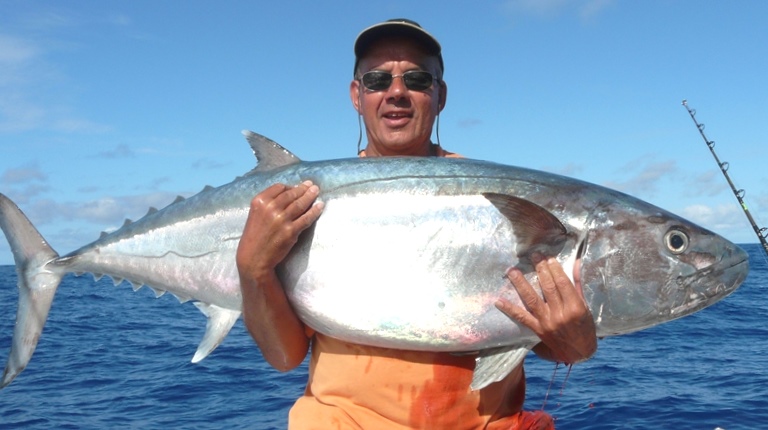 For his 7th year, Thierry wanted to fish on his own. He wanted to catch a marlin on trolling so he caught beautiful yellowfin tunas between 18 and 20kg, dogtooth tuna (of 43kg for the biggest) and rainbow runners. For the marlin let’s meet on the 28th!
On the 28th March, with a fully formed but passable sea, Thierry warmed up with about twenty pieces of fish: beautiful yellowfin tunas, wahoos, dorados, skipjack tunas but no marlin still! See you next year Thierry! 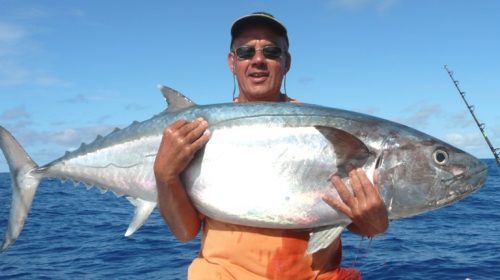