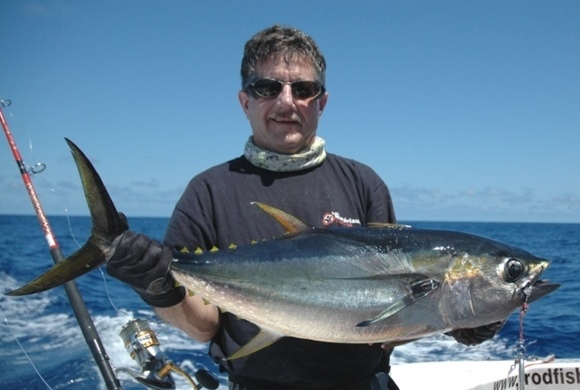 Still a lake for the first 89h fishing trip of the season with Didier who came for the second time and Claudius for the 15th, since 2005. There was an incredible rise of wahoos, which were caught 3m on trolling . by the boat and yellowfin tunas. The usual trevallies and doggies were absent, so that jigging was a little gloomy. The numerous yellowfin tunas on jigging or trolling on jigging tackle have quenched the thirst of both friends. Didier celebrated the departure from the Hawkins bank with his first blue marlin of 170kg. 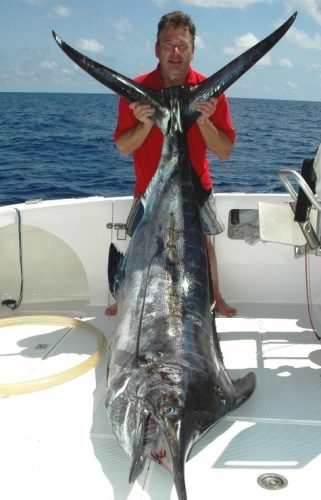