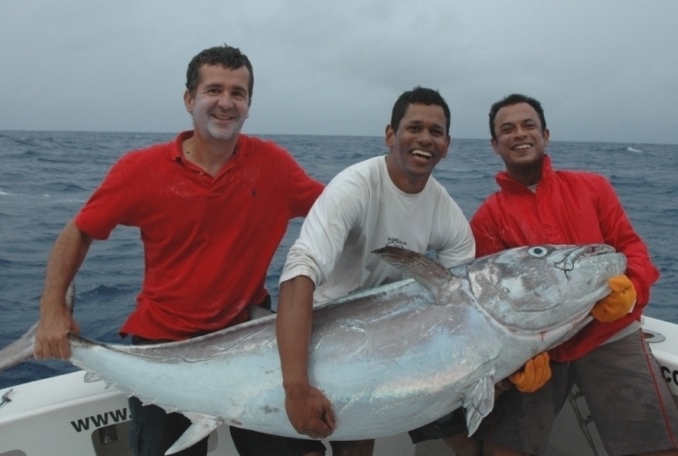 This is an excellent start of the new season for Gianni and Daniel from Reunion and Louis from Mayotte. Louis feared “the Rodrigan sea” because he is used to go fishing inside the lagoon of Mayotte and on the Geyser’s Bank when the sea is quiet. The effectiveness of patches (such as scopoderm) behind the ear, proved to be right upon his fears. They all three had the same goal: catching a doggy over 50kg. Therefore, they left for a 65h Hawkins Bank by a sea a bit rough. And they did it: 3 doggies of 51, 65 and 75kg… on jigging and baiting respectively the 170th, 171th and 172th doggies over 50kg aboard Black Marlin. This is without saying about the usual range of fish, giant trevallies (29kg for the biggest one), wahoos, dorados, etc…

Less than two days afterwards, these “warriors” left for a 58h. Great Eastern Bank to come back with an exceptional fishing… with yellowfin tunas, wahoos, dorados, etc… and icing on the cake: the first marlin of the season caught on Marlin Boulevard! We had already noticed that these two Eastern and Western Banks are complementary. Still to be confirmed! 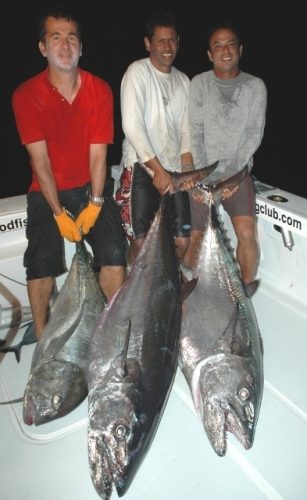 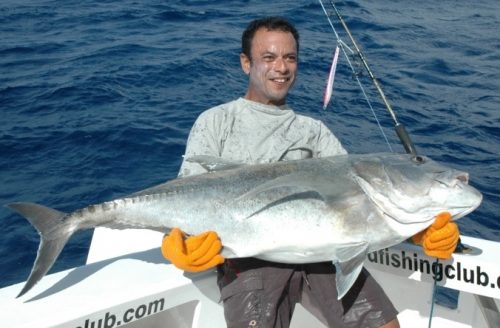