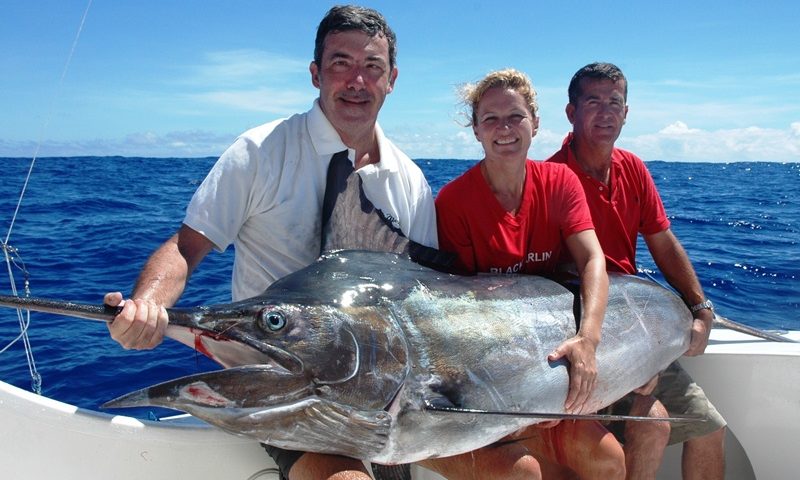 The weather did not enable us to go twice on the Hawkins Bank therefore, we headed to the Eastern Bank on the 6th at night. The first day was really fantastic with 2 black marlins on trolling (by Marc and Sophie), 2 sharks (including a whitetip shark of 60kg jigging by Marc and the other one about 80kg on bait by Louis), beautiful yellowfin tunas, one dogtooth tuna of 48kg as well as the other usual species of Rodrigues. The second day is calmer, jigging activity being more difficult. 1 marlin broke, 1 unhooked, always nice yellowfin tunas, wahoos, trevallies and rainbow runners. Finally, that was a nice trip with an atmosphere very: frindly for anglers who did not know each other at the beginning. 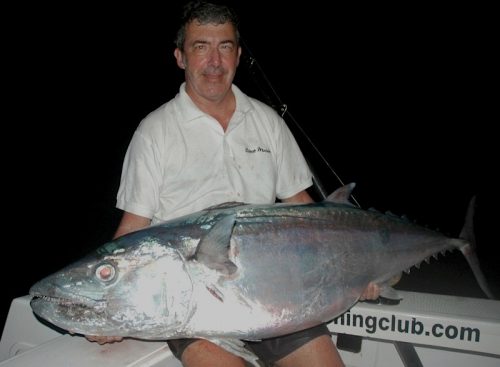 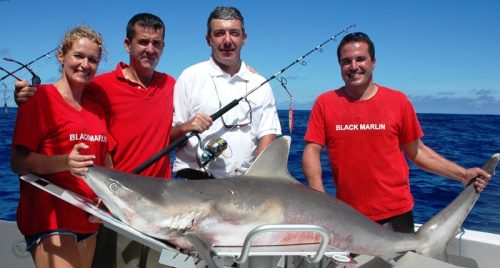