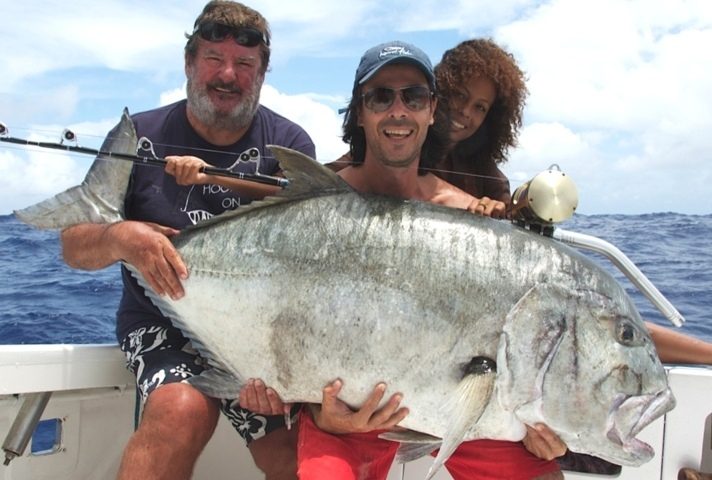 Federico specially came from Spain with his friend Pedro from Mauritius, for a 58h 3 XL trip. The rough sea on the Eastern Bank was not comfortable (small waves crossed and short). This did not prevent Federico from making a big rodriguan slam: 1 dogtooth tuna over 50kg (the 173rd of the club), 1 giant trevally over 50kg (54.5kg exactly) and a shark over 100kg on baiting. Besides these 3 beautiful pieces, 75 other fish completed the scene (including 45 yellowfin tunas) and 2 marlins were unhooked. 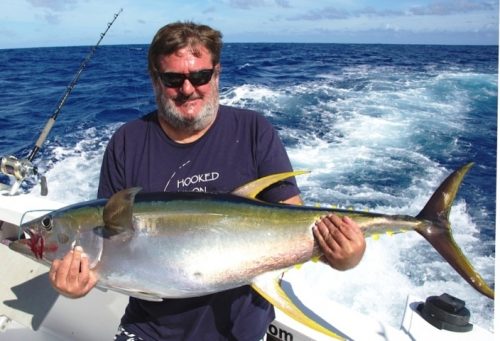