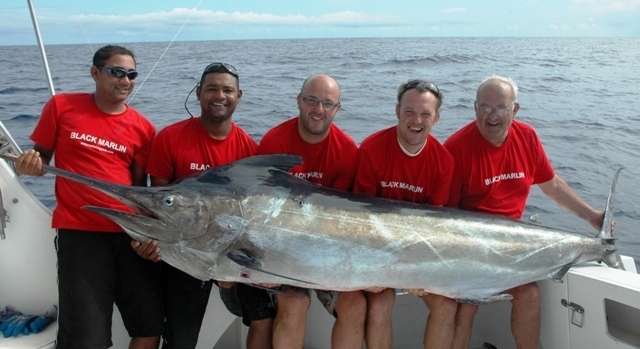 Andre the father had organized a four day fishing trip in order to share a moment of complicity with both of his sons Laurent and Sebastien: a first day around Rodrigues as a warming up and a 46h XXL trip. Andre’s goal was to catch a fish bigger than he is (and he is quite a beautiful man though). This goal is doubly reached on the Eastern Bank with a black marlin of 150kg and a white tip shark about 130kg. Laurent caught a hammer head shark of 60kg on baiting and Sebastien another black marlin estimated 100kg. There were also beautiful doggies and the biggest ones reached 40kg. 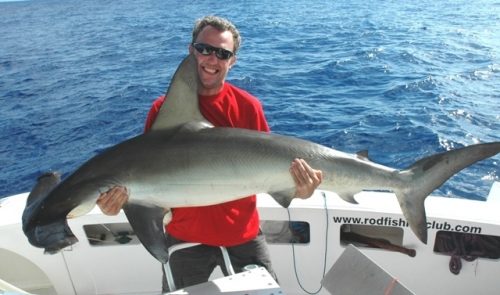