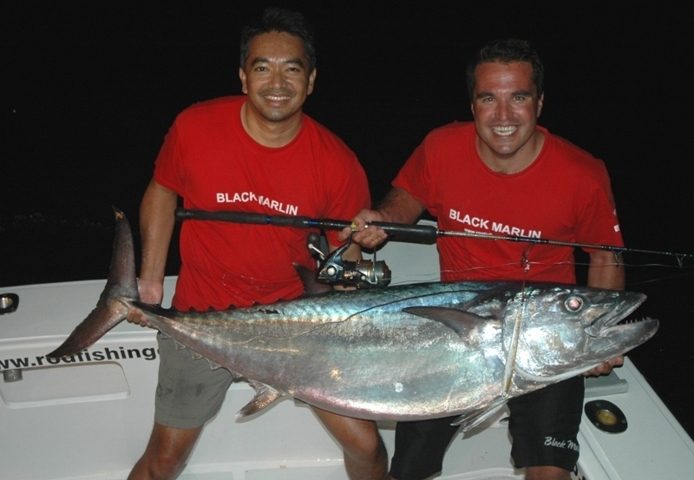 For their third fishing trip, the Hawkins Bank for once, was not as high as the capacities of these experts in jigging. As a matter of fact, the laying period for the fish resulted in an unusual inactivity leaving our specialists unsatisfied. However, 2 nice doggies around 50kg, and big giant trevallies came to reward their efforts, as well as 22 different species . Numerous other strikes did not succeed, because of sharks and bad luck! Steeve, one of our crew, caught a big two spot red snapper around 16kg, which is 2 kg more than our actual world record. But we will not submit it to homologation because it was not caught conventionally. 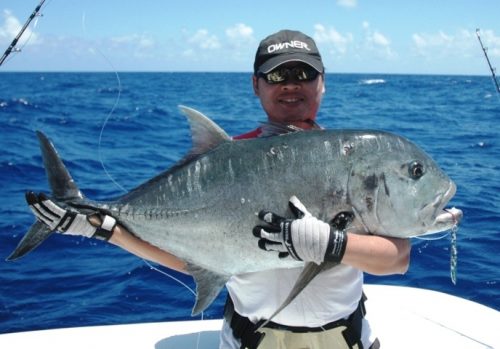 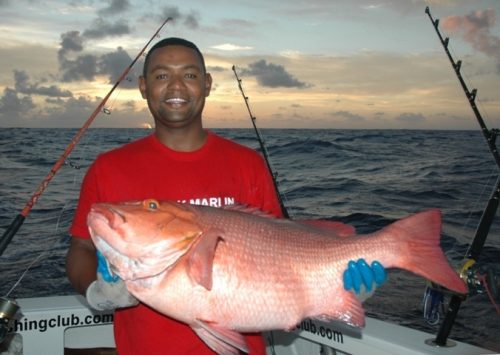