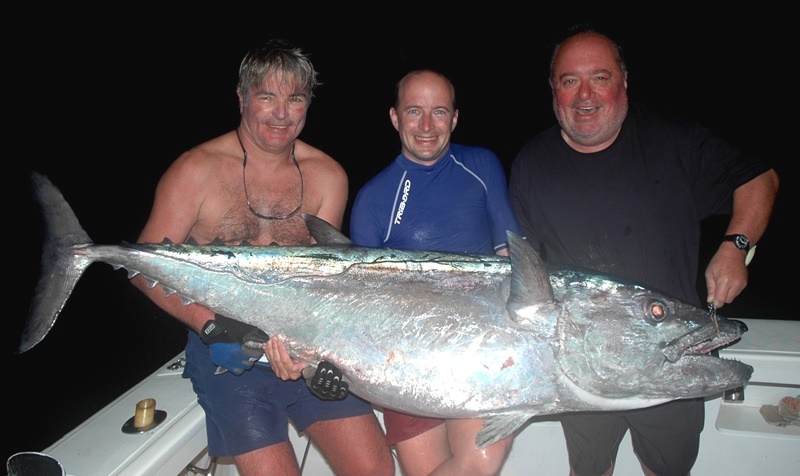 François-Eric was delighted in taking his father Pierre-Loic and his uncle Jean-Yves for a Mega Trip: XXtreme (89h) on the Hawkins Bank and a 4 XL trip (70h) on the Eastern Bank. The successive tropical disturbances of February completely disrupted the program planned at first. This Mega Trip transformed in two trips: an L day trip and a 3XL (58h) on the Eastern Bank. Then they left to France from the Saturday 25th instead of the 1st March, not to be stuck in Rodrigues. However, fishing was very good with 2 blue marlins (the first one for Jean-Yves), beautiful yellow fin tunas (between 15kg and 20kg), wahoos, dorados, jobfish. And for François-Eric, a big dogtooth tuna weighing 68kg on jigging, the 174th over 50kg of the club. Our young friend is necessarily left unsatisfied not to be able to do Hawkins. 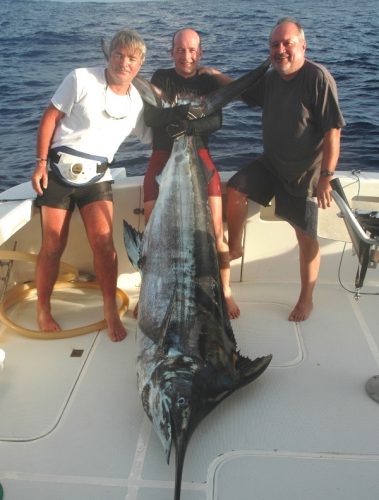