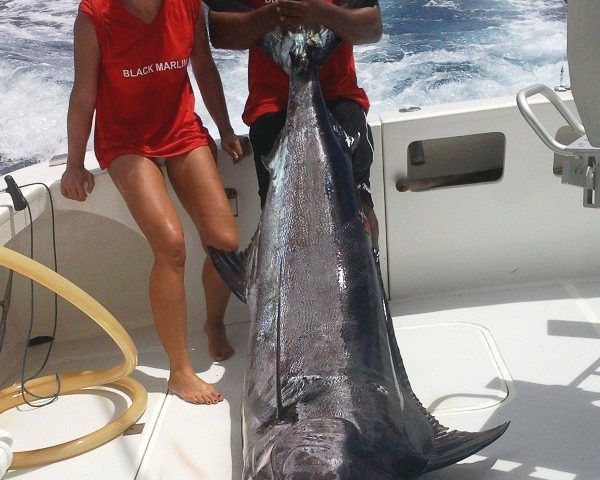 Yann and his crew Steeve and Mario, and Sophie his sister, took advantage of a two days nice weather window (after several cyclonic depressions) in order to make a 34 hours  “tests” trip on the Eastern Bank. We wanted to test two new settings. Marlins’ Boulevard has honoured once again his reputation with a blue marlin of 120kg on trolling and some beautiful yellowfin tunas between 20 and 30kg . Two more black marlins about 140kg and 160kg welcomed the arrival of the Black Marlin on the Bank. After quite a good night sleeping, at 7.30 AM, we embarked a fourth marlin of 120kg. A fifth unhooked at 9.30 AM. This “tests” trip then confirmed the efficiency of the new marlin setting (4 out of 5) and the necessity to carry on the research concerning the second one. 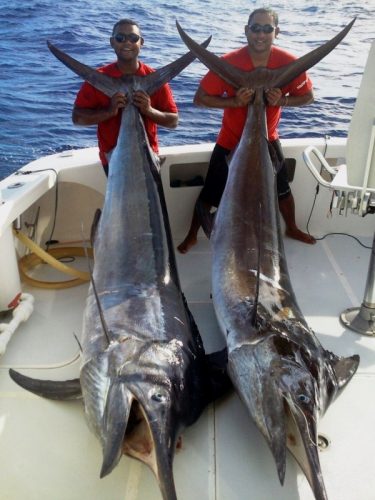