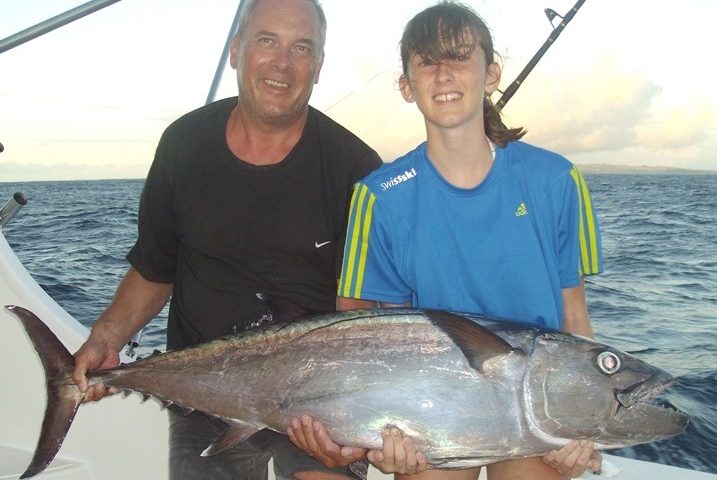 This very sympathetic family comes from Swiss to fish aboard the Black Marlin for the third time. The weather forced us to adapt to its fancies… and that was a great pleasure! If last year a record doggy unhooked 10m. by the boat, this first day was the opportunity to break the record established on 15th February 2012 by Marie Foret with a dogtooth tuna of 9,5kg. Justine then caught on the 12th April a fish of 14,5kg, new potential Feminine Junior world record. Philippe, disappointed to have broken a big doggy on the 12th, adored, as a main course for lunch, to fight with a black marlin of 265,5kg for 5h and a half, a new club record. There was only one day left to Justine to improve her own record, which was what she did with a dogtooth tuna of 23kg on baiting. This new feminine junior world record is pending at IGFA (International Game Fish Association). Our feminine junior have just climbed up one more step and there are still some accessible! 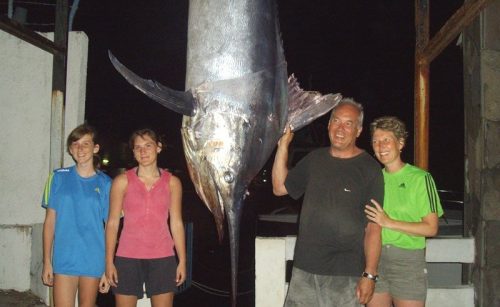 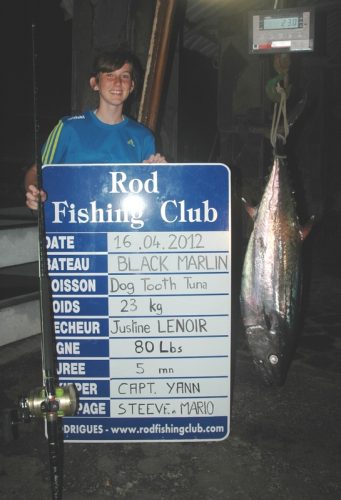