Bruno our world record man is back for the 4th time within 3 years. He took with him Christian for the 2nd time and Radja for his first fishing trip. The initial program was 89h on the Hawkins Bank and 46h on the Eastern Bank. The weather conditions spoilt the fun of this ambitious planning, but actually enabled us our first 89h fishing trip on the Eastern Bank, with rough conditions (4m. waves and 20knots of wind) which limited jigging then. They could have had great sensations though trolling in numerous yellowfin tunas (between 20 and 30kg) on their jigging tackle. Christian and Bruno caught a few nice yellowfin tunas jigging. Trevallies, crimson jobfish, moontail sea bass,  seriolas, sharks and a unhooked black marlin completed this trip. The following day, we left for 46h around the island, where Radja caught his first black marlin. At last, they could jig catching nice trevallies (25kg for the biggest) and yellowfin tunas. There was a craze among small doggies and most of them were released, during the last two hours of the trip. You see, you have to keep the faith! 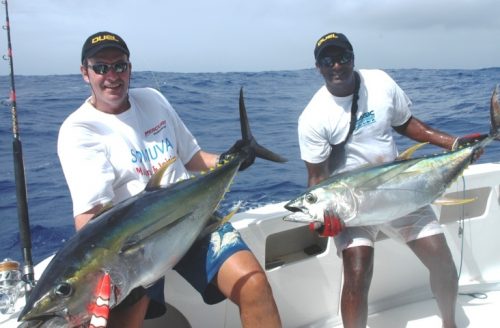 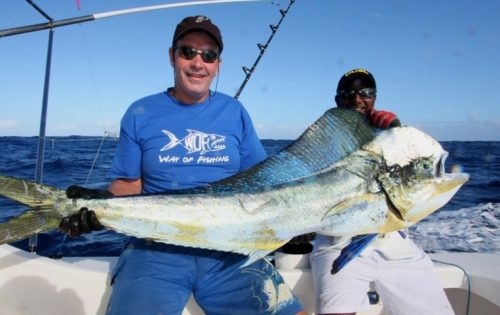 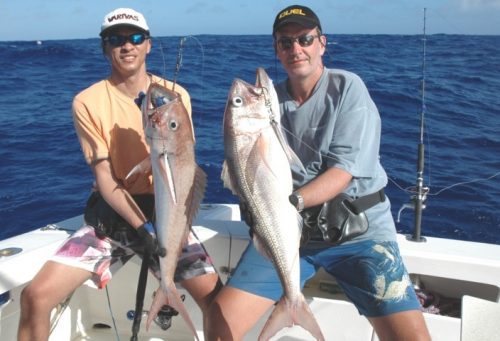 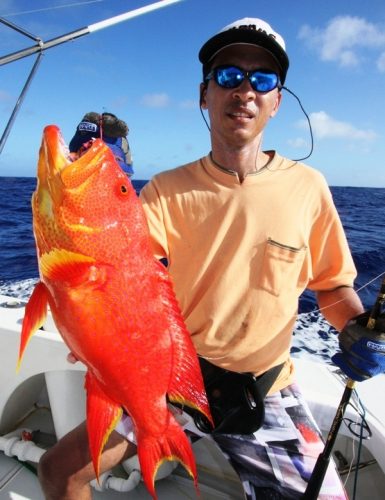