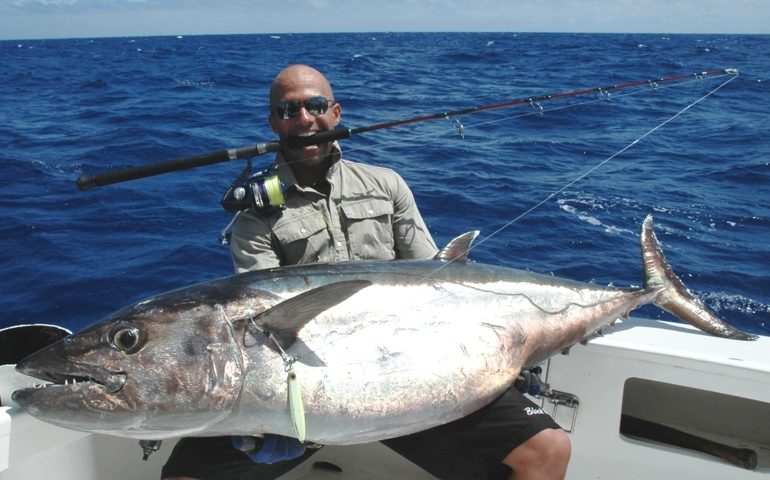 We had an A Team “mad about jigging” for this Mega trip 89h on Hawkins and 82h on the Eastern Bank. Curiously, the usual pelagic fish (yellowfin tunas and wahoos) seemed to have left the spot. As we are used to do it with our jigging teams, we exchange our conventional trolling tackle against their heavy spinning tackle. Almost all pieces have been caught trolling on these spinning lights, increasing sensations and offering new options to those who dislike traditional trolling. Fighting chair has fallen back to resting chair. Of course jigging was a treat. Jeremy sets the ball rolling with a doggy of 61.6kg, the 190th caught aboard Back Marlin since March 2005. About 40 doggies, a quarter of which were released, 4 varieties of trevallies, seriolas, jobfish, groupers and sharks were caught jigging. The last-but-one day, an exceptional black marlin rise made everybody delighted:

We must precise that Jeremy resigned his job as physiotherapist to come fishing with Claudius! That takes some doing! As Emile Zola would say: “Passion is what helps most to live”. In any case, that is a nice story! 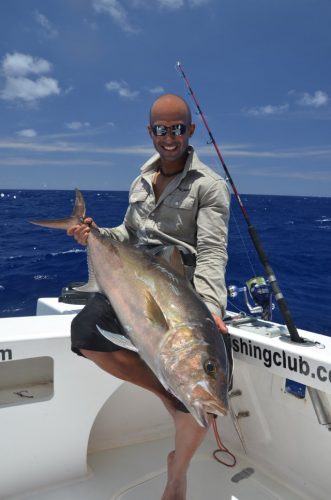 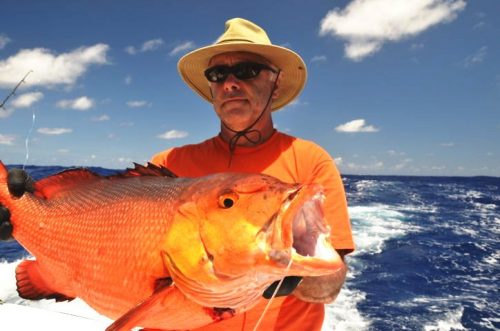 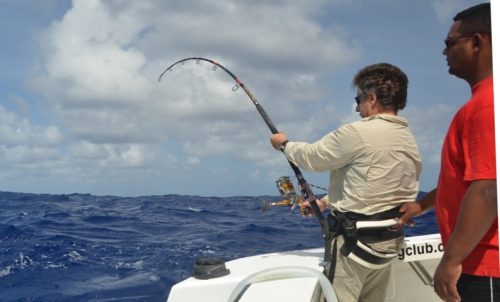 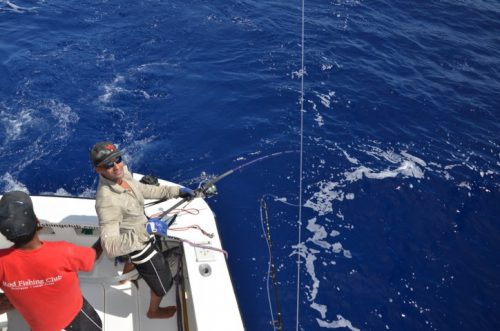 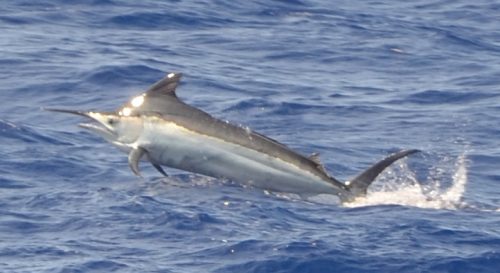