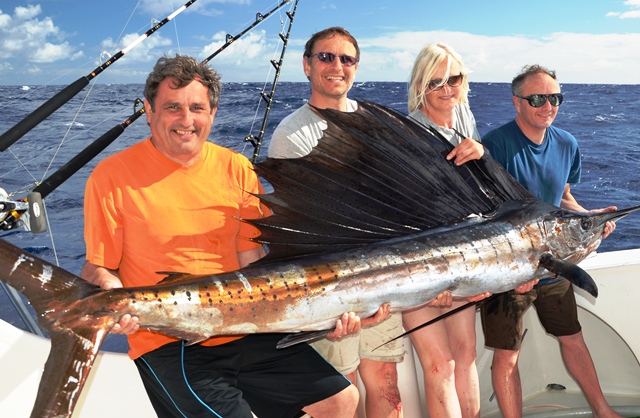 Arrived on the 10th of May, this wonderful team was supposed to go for a 89h-trip on the Hawkins Bank a few days later. Finally, the weather conditions changed it into a 70h-trip on the Eastern Bank from the following day. A marlin was released on “Marlins’ Boulevard”, 2 sailfish of 40 and 45kg, nice yellowfin tunas (19 kg for the biggest pieces), beautiful wahoos (31kg for the biggest), dorados, doggies (28.5 kg for the biggest), trevallies, seriolas, rainbow runners, sharks and other deep fish caught on bottom fishing. However, the way back will be a little rough. These fishing lovers, from Dordogne, appreciate as much the diversity of fishing technics and the different species of fish as foie gras they brought and they had for breakfast with the right wine of course. Sturdy temperament! That revealed to be great times. Such a nice story to be share. 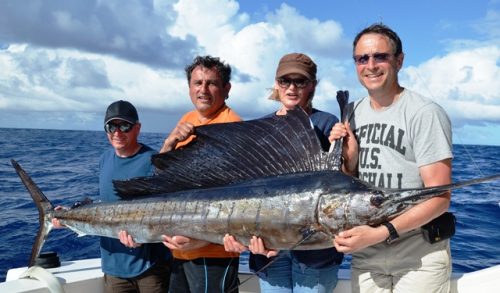 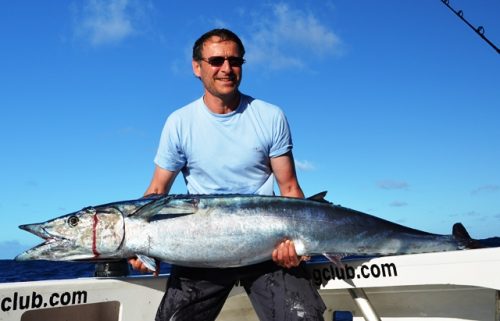 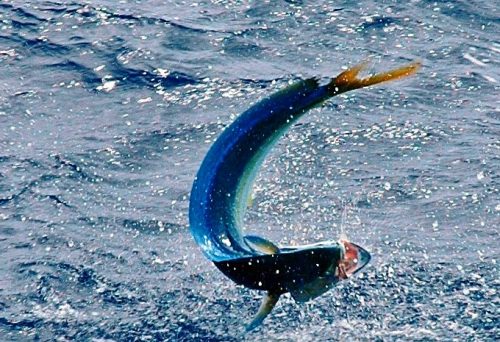 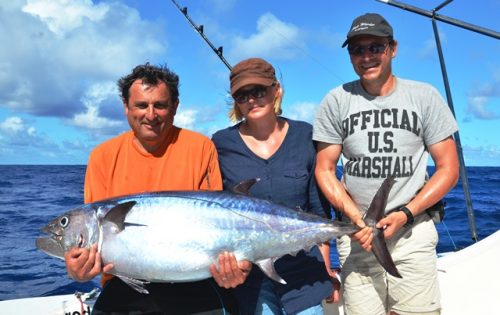