Dominique Dhouailly had done the right things and made them right to establish our partnership with DHD-LAIKA. He certainly lit numerous candles to get such nice weather conditions! He came with Rémi Laugier, a young independent fishing documentary maker (Seasons especially). Life is made up with encounters and life is great! Claudius, who took part to the previous trip on Hawkins, could have at last meet Dominique, who had organized one of his fishing trip… 30 years before. Them kept in touch on the phone but never met since then. Rodrigues is such a great meeting place! In fact, it was because Claudius could not take part to the 2nd trip that Dominique could replace him. Thank you Claudius!

Let’s head Eastward for this 82h trip. The way to the bank doesn’t give anything. Doggies, jobfish and trevallies were waiting for us. This night, just like the others is dedicated to Xiphias, unsuccessfully. The following day, Louis, heavy spinning, releases a small sailfish. Nice yellowfin tunas are caught  heavy spinning (between 30 and 39kg for the biggest). Doggies (36kg for the biggest) and few wahoos for a while (the biggest of 27kg) punctuate this 2nd day. 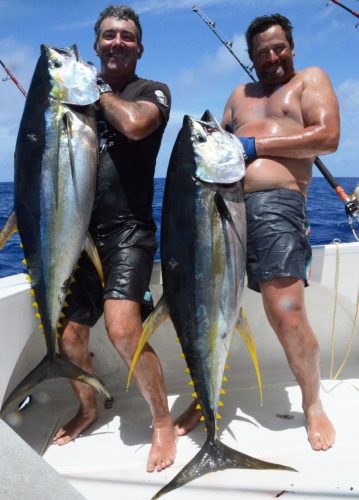 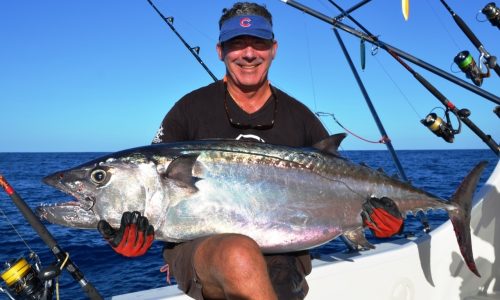 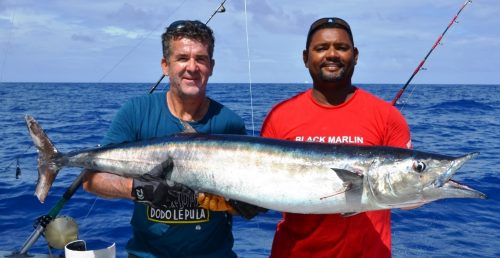 The 3rd one, Dominique will release within 15mn a black marlin about 250lb. Bruno our fly angler will release 2 giant trevallies about 12 and 25kg. During the 4th day’s morning, Marc will royally let his friend Bruno have 40 min emotions and sensations with a black marlin  about 300lb, before releasing it. Meanwhile, 23 species will be caught… Tis multi fishing trip is almost “perfect”, all this in an excellent atmosphere. 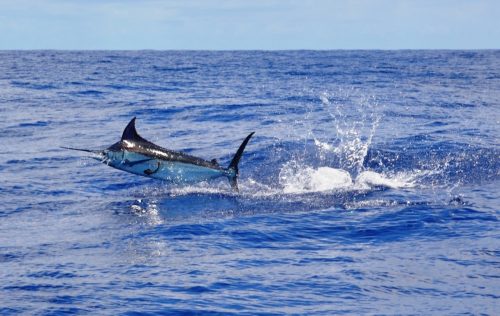 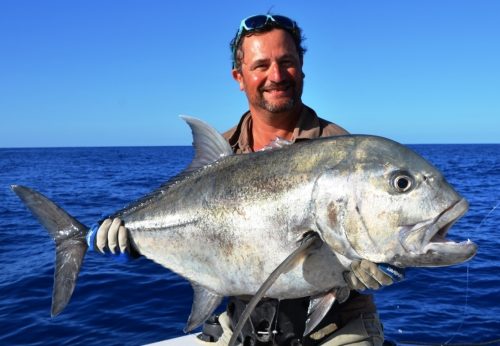 Remi thinks he has enough to produce his movie, even with cold sweat to make his drone land on the boat. Then, he is ok to catch a few pieces of fish (doggy, rosy jobfish, jobfish).

Thank you to the 4 actor anglers: Dominique, Marc, Bruno and Louis.

Hard to dream of a better start up for a partnership with DHD-LAIKA! Thank you Neptune and thank you Eole!