It seems hardly difficult to realize such a nice trip as this one of 2014.This year’s target is to catch big pieces (especially billfish, but also yellowfin tunas, wahoos and doggies). For this 1st trip on the Eastern Bank, currents are not really favourable on the plateau, which obliges us to fish on the drop off. As a result: nice yellowfins (30kg for the biggest), few doggies (the biggest of 24kg) and 3 marlins lost! 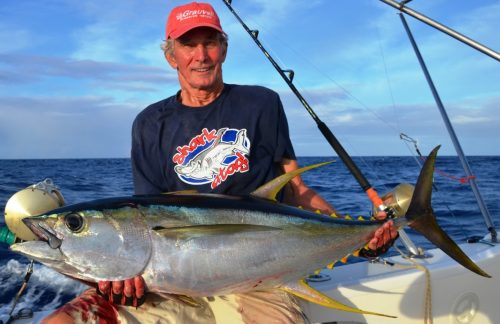 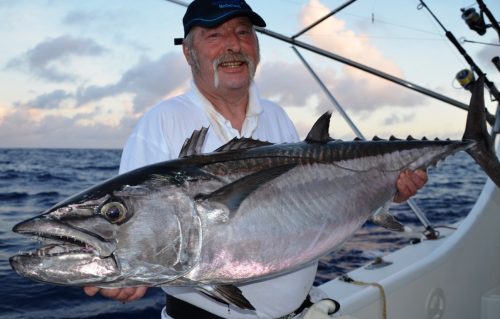 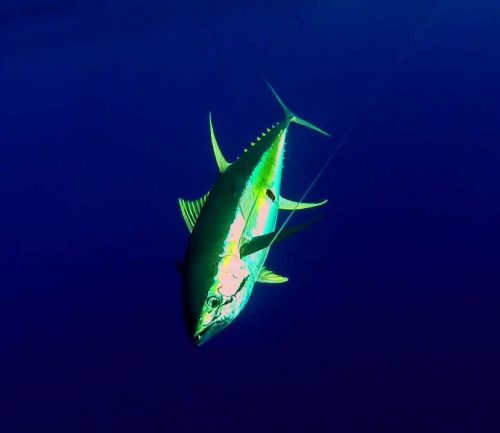 As concerns the 2nd trip…we persist in the East, and there, it reaches a climax! 9 marlins seen, 7 hooked, 5 caught, including 3 released, all in between 120 and 200kg.

At last, Frans captures on trolling his 1st Pacific blue marlin, which enables him to catch the last of these 9 billfish in the world that he hadn’t caught yet. From now on, he becomes the 3rd angler in Holland to have achieved this exploit. Congratulations Frans! Paul is not outdone since he catches 2 longimanus sharks about 80kg that are released, and establishes a new Dutch record with a barracuda of 27kg. Well-done Paul!

25 species were caught during this trip. This shows how incredible is the variety of fish you can find throughout our multi fishing formulas.

“In the pocket” MART! 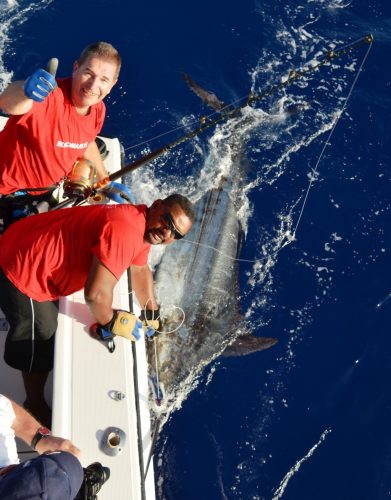 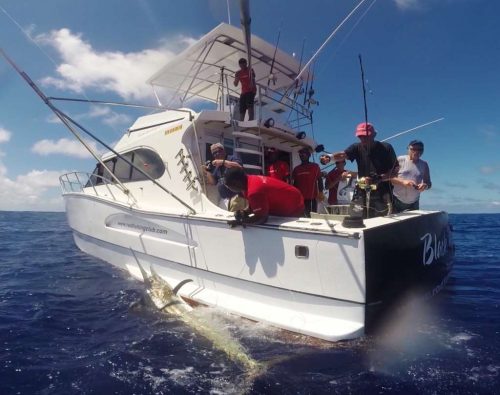