Sea is nice and so is this team for the very first Hawkins of the season! For his 22nd trip, Claudius matches up with Marc and Louis, used to come. It was Bruno (who practices fly-fishing) and Olivier’s first. Heavy spinning is king with 4 Stellas 30 000, trolling. On Claudius’ combo, a first marlin unhooks after 15mn fight. After, the 5 anglers will take turns during 3h and a half on a nice marlin, which will make the show before going back to freedom (broke). Bruno, our “fly-fisherman” will have persevered more than 2h on Marc’s tackle. This was full of emotions and sensations!

Still heavy spinning, numerous yellowfin tunas are caught (28kg for the biggest) as well as nice wahoos. Louis establishes the new club record with a wahoo of 43kg. Congratulations Louis! 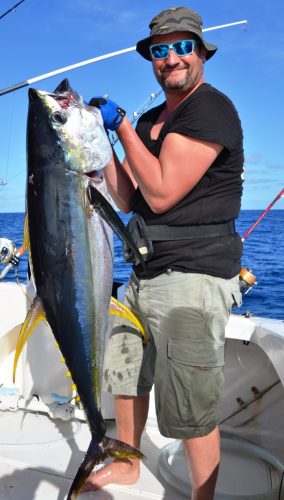 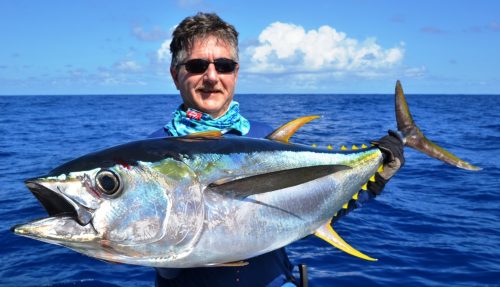 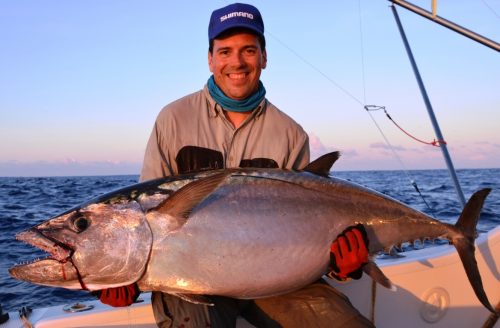 Claudius takes advantage of the quiet sea to go casting popping on the front deck of the Black Marlin, within a yellowfin tunas’ chase… and he catches 2 of them. He could have popped more but it was not that easy to conciliate popping on the front and jigging or baiting at the back… We surely need to experiment and develop.

Jigging is not a craze! Bottom fishing makes the difference with beautiful doggies (46kg for the biggest), trevallies, jobfish… + 12 other species! Atmosphere was great! For Claudius and Olivier, trip is over. The 3 left mates will carry on with 2 others… Let’s head Eastward! 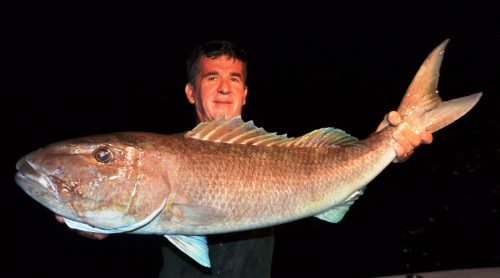