It was not a good start for this super team. Annie had already come with the “guys” in 2013… Valérie was new! If they have come hands in pockets as concerns fishing, they have done really well as concerns regional specialities! The crew will remember quite long the whole foie gras sandwiches they had for breakfast!

As a matter of fact, their trip was badly engaged on arrival:

They will have had all: wind, rain, rough sea, etc… to end up with 2 days cloudless and a beautiful red sunset, like in winter… the day before they leaved… Somehow to chase away misgivings! However, the 2 first trips are quiet. Trolling activity is low but baiting is ok with a few nice GT released.

By contrast, Turbo switches on during the 3rd day with a beautiful black marlin over 150kg released by Pascal, followed by nice yellowfin tunas of 20kg for the biggest, wahoos of 19kg for the biggest and doggies (biggest being 40kg) as well as a nice Giant Trevally about 20kg, released. 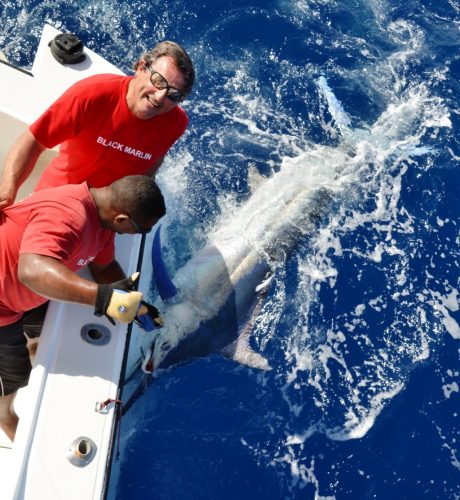 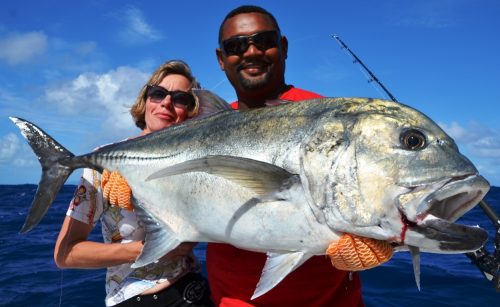 During the last trip, the 4th day will be the same as the 3rd with a sailfish about 40kg released by Jean Philippe, usual yellowfins tunas, 20kg calibrated; the biggest dogtooth tuna of the trip being of 42kg by Valerie, wahoos (biggest of 22kg) and other pieces bringing the variety that still missed (dorados, jobfish, red coral trout, yellow spot trevallies and a shark about 80kg by Pascal, at night).

We must keep the faith being good tempered because anything good can happen at last! 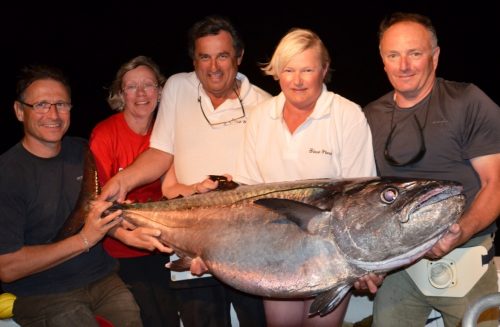 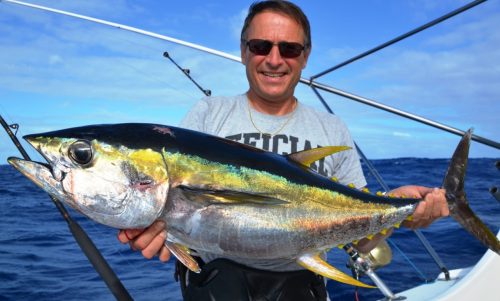 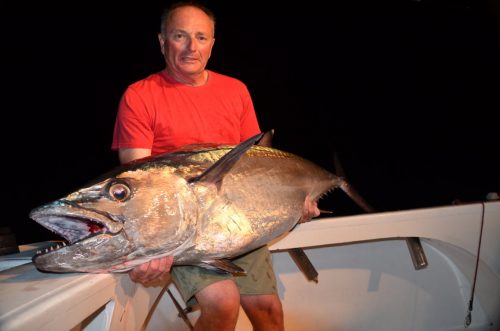