This 2nd trip also planned on Hawkins finally takes place around Rodrigues with a 1st black marlin about 120kg released by Fabrice. 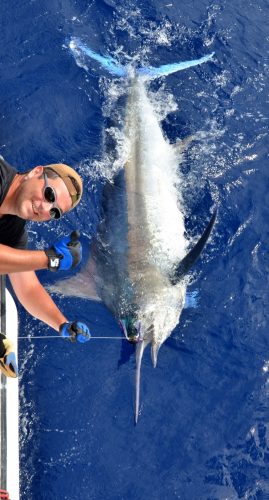 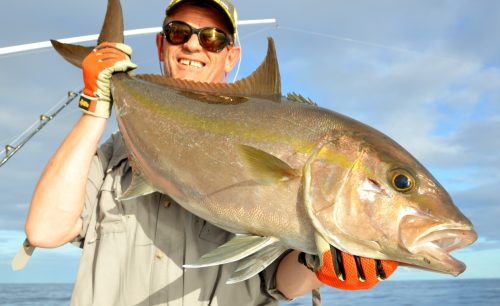 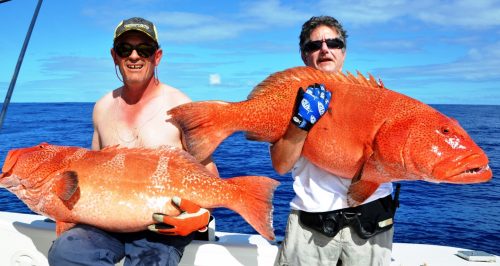 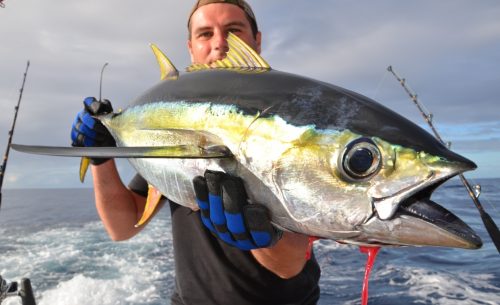 On the 2nd day, Philippe will fight for 55mn with a nice blue marlin of 315kg who arrived dead by the boat. On his jigging tackle, Claudius will release a sailfish about 30kg. He will also catch a black marlin of 230kg within 1 hour and a half.

No regret to have remained around Rodrigues, rather the opposite:

The fact that we catch more and more often billfish while practicing “multifishing”, (jigging, baiting and trolling), states that there are marlins quite regularly around Rodrigues.

Concerning marlins, the real potential of Rodrigues deserves that specific fishing sessions should be dedicated to it, even if the numerous dogtooth tunas XXL and other Great Trevallies tend to steal the spotlight.

From the next season, we shall offer to those interested by this search for big pelagic fish, one-day trips, dedicated to this aim where all the techniques will be implemented in order to get best possible chance of success. 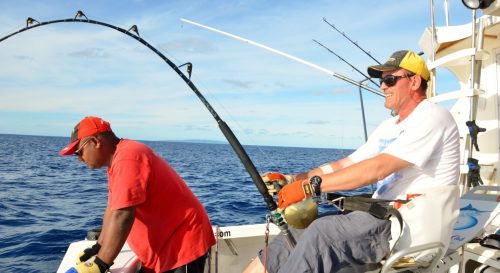