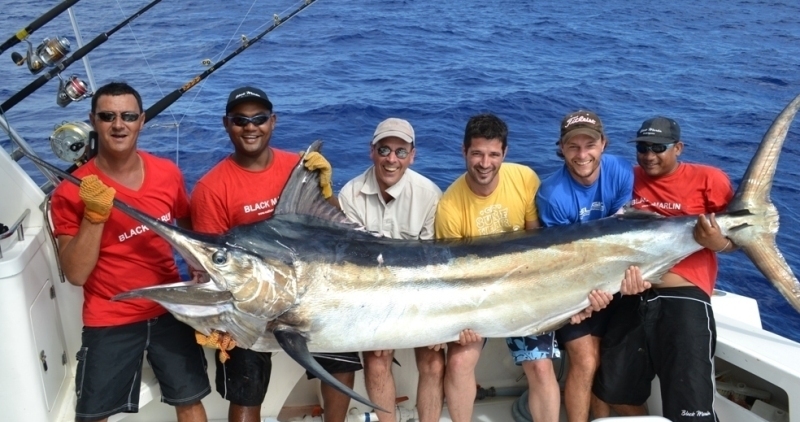 At first, this trip was reserved to Barbara Kjessler Prot, Vice president of the BGFCF among other things, but most of all, she is an excellent competitor. She aimed at breaking the feminine world record for the doggy. However, she was troubled with bad health and had to cancel her fishing trip. With the utmost urgency, we have had to make up a fishing team. But everyone feared the same thing: to spend 6 days and nights aboard the same boat without knowing each other. Everything happened perfectly well. Their recklessness and trust were rewarded during those both beautiful trips with optimum weather conditions, which enabled them to catch up to 20 different species. 1st jigging try: a new club record for Alain with a amberjack of 15kg. Afterwards, either jigging or trolling it does not break off… for 2 days long with particularly a black marlin of 130kg, a sailfish of 45kg, 2 dogtooth tunas of 53kg and 55kg (respectively the 165th and the 166th doggies over 50kg). There were also quite a few yellowfin tunas, wahoos, (30kg for the biggest), giant trevallies (including one of 31kg), jobfish, etc… Loic replaces Greg for the 2nd Bank for which result is as satisfying as the first one, for the greatest joy of our anglers who were getting a little tired. Among the biggest caught, we could see a sailfish of 32kg, a wahoo of 30kg, a doggy of 37kg and a trevally of 37kg. 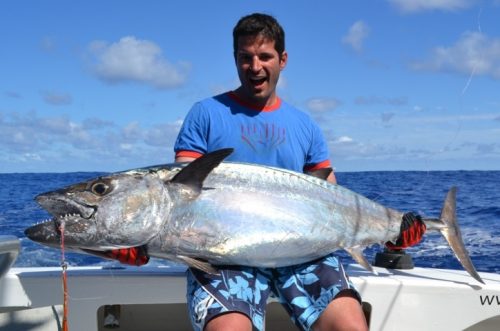 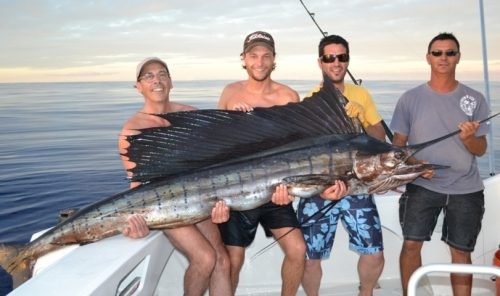 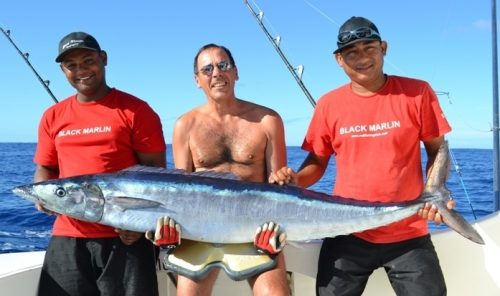 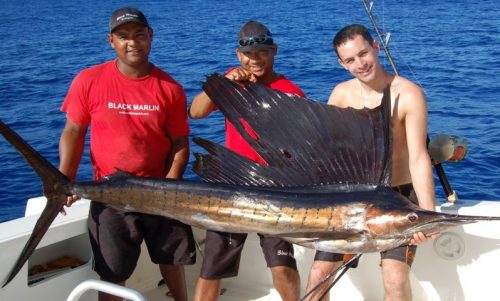 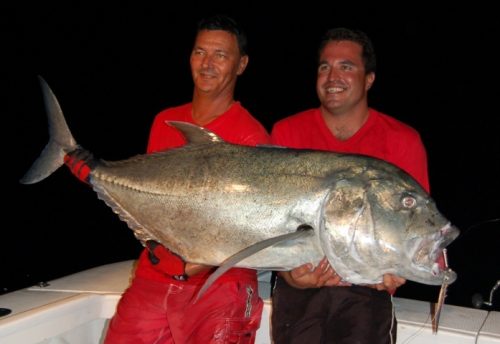