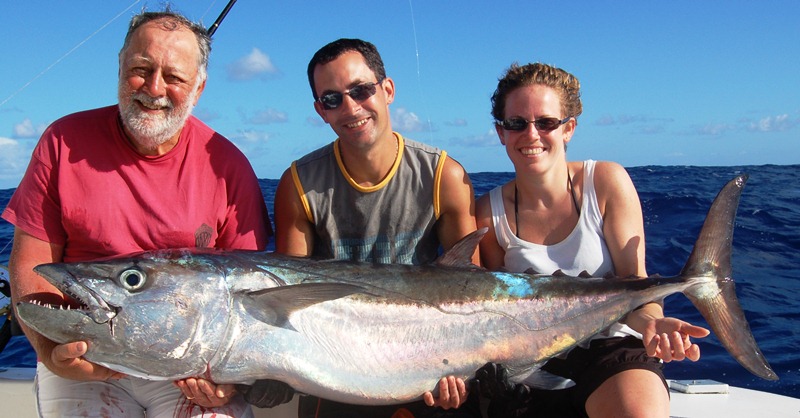 Gerard and Loic come back for the 7th following year. Loving fishing and Rodrigues, father and son share each of their months of May, fishing on foot and aboard the Black Marlin. Therefore, they look forward to share the boat for fishing trips, either on the banks or for a day trip. A first one, as a warming up, enables them to catch a sailfish, yellowfin tunas, a shark as well as beautiful trevallies. Lydie, Loic’s girlfriend, joined them for 2 XL and XXL trips on the Eastern Bank. Fishing by night in very deep waters, we caught our first butterfish, and also lots of rosy jobfish, groupers, and very nice seriolas. Another 40h bank in the East, saw very big wahoos to be caught, most of them between 25 and 31kg. To put an end to Black Marlin’s season, Loic brought aboard a doggy of 50,5kg, the 176th over 50kg since the beginning of our activity. 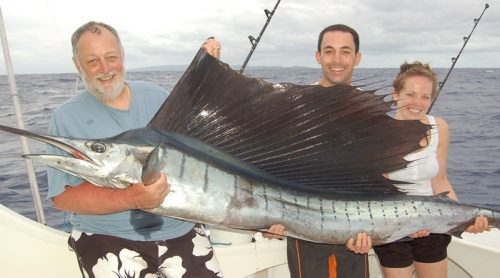