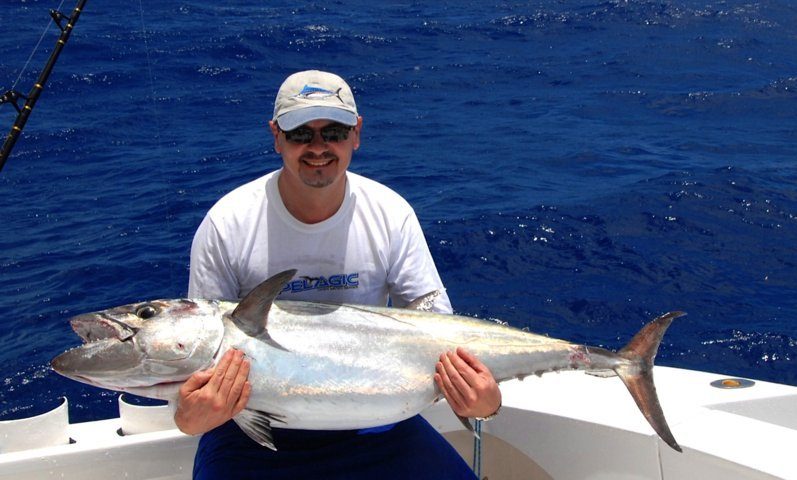 The first day around Rodrigues was really quite. A big doggy unhooked by the boat, 2 sailfish played with the lures, the biggest caught being a dogtooth tuna of 26kg. The following day, the XL trip on the Eastern Bank was all the less amazing: no activity jigging. The scarce fishtouched trolling unhooked: marlin, wahoos and sailfish. The big fish which bit on bait (dogtooth tunas and sharks) have not been caught. Even on palangrotte by night, no bite was cut as usual. Fortunately, on the way back, on trolling a blue marlin of 175.5kg on Marlins’ Boulevard came to reward. 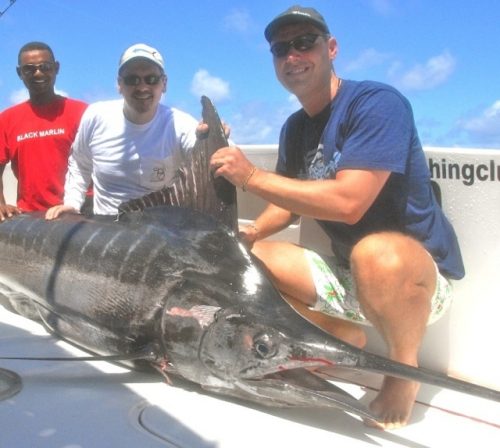