Florian came and completed the team for “his first” for a 58h trip on the Eastern Bank. Weather is still as nice and activity is very good during the first night. A voracious dogtooth tuna hooked on both baits in the same time, forcing Florian and Jean Claude reeling in synchronized. Finally it weighed 62kg and was the 199th dogtooth tuna over 50kg aboard Black Marlin. Following, Pierre catches 4 others between 20 and 43kg, one of them being seriously bitten by a shark. Beginner’s luck one again benefited Florian who caught a  black marlin about 100kg who will be released in very good conditions. A big one unhooked on strike and the last day, Jean Claude remains 20mn with a UBPF (Unidentified Big Piece of Fish). Billfish are here indeed. We could think they were on meeting! On the way back, on Marlins’ Boulevard, a marlin came to play without follow up. 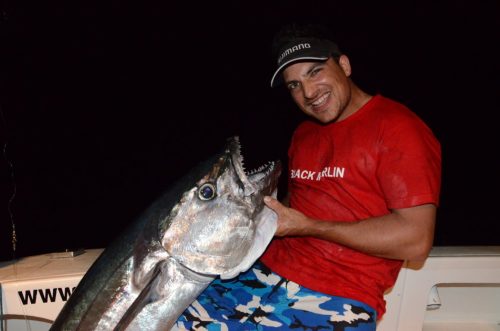 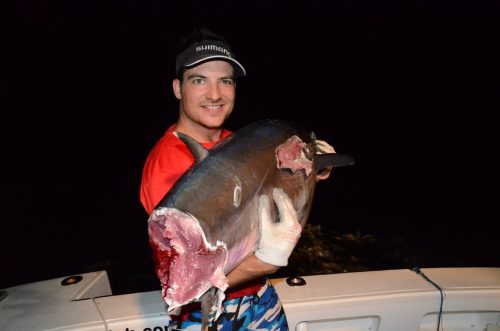 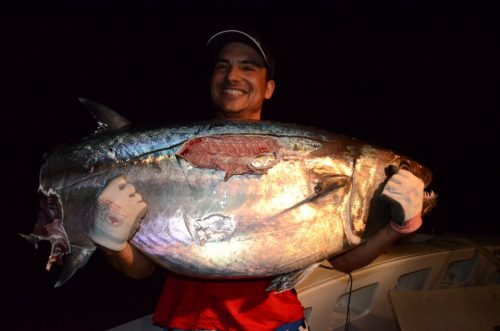 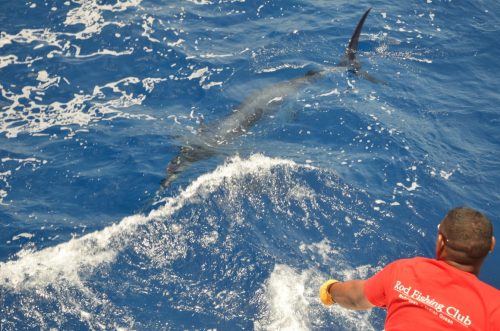