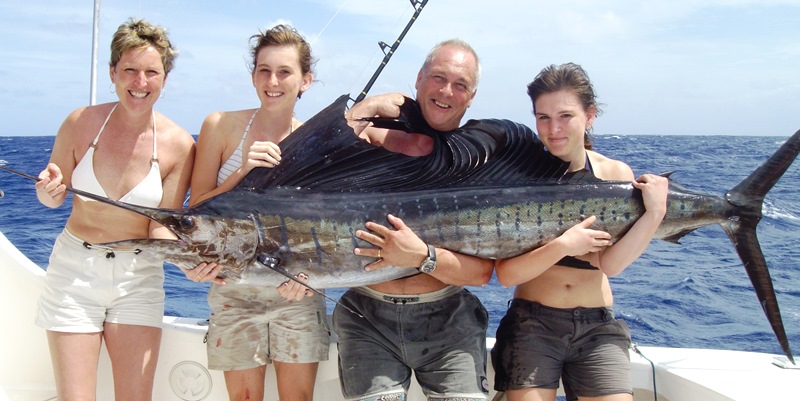 For the 5th following year, this Swiss family we like very much hasn’t had the results of the previous years. The meteorological disturbance IMELDA changed the plans. Thus, the 3 days including a 34h trip on the Eastern Bank, have been moved forward and became 2 one day trips with a rough sea. Justine has not been able to regain her junior world record of dogtooth tuna; and Jean Philippe did not improve his last year’s black marlin record (it was a beautiful one of 265.5kg). He had to be content with a sailfish on trolling, which he actually had not catch yet. However, considering the conditions, there was a nice variety of fish: yellowfin tunas, wahoos, doggies, jobfish, rainbow runners and trevallies.

Appointment is already booked for next year… but with no cyclone at all! 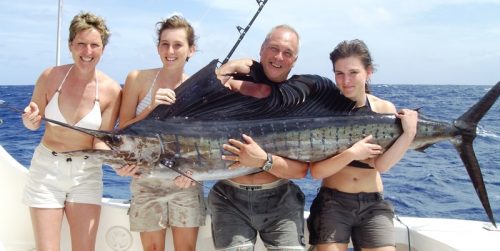