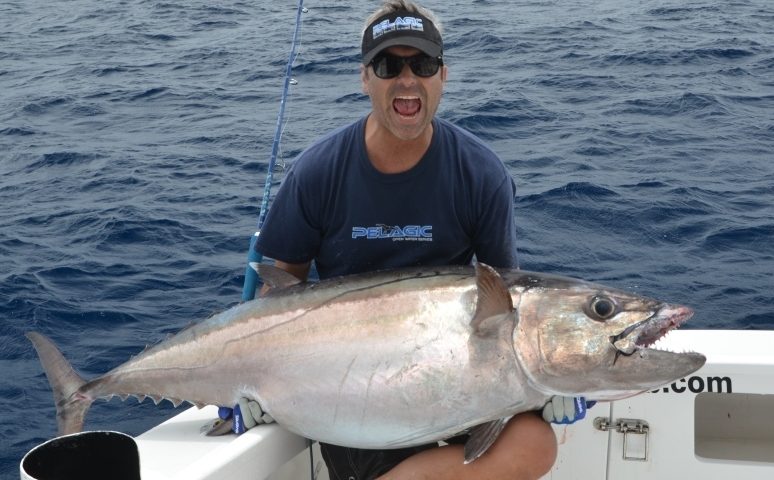 Philippe stays for the 2nd trip on Hawkins with his both friends for 25 years now, Paul and Laurent from Pacific Pêche. The eve of their departure the 3 fellows definitely sensitize us to the necessity to preserve a few species of fish such as Giant Trevally and doggy. Therefore we decided to practice Catch & Release on these species when conditions allow it.
Departure at 04.00 PM, in order to jig at sunset on our western spots where we release doggies. Arrived at 05.00 AM on the bank and after the breakfast, we decide to cross over the plateau to reach our jigging spots on trolling. A nice rise of small yellowfin tunas between 4kg and 6kg. As there were many of them, we put two as live bait for 2 hours, unsuccessfully. In the afternoon, beautiful wahoos come to decorate the rest of the day. The 2 knots current made us drift during the night… so we go back on our spots and catch a few wahoos and yellowfin tunas trolling. We start drifting to fish on baiting. Here Laurent catches his first big dogtooth tuna of 50.2kg (the 196th over 50kg aboard Black Marlin). Paul is not outdone with a 35kg giant trevally that will go back in its element after a picture. For more than 20mn, a beautiful manta ray, between 4 and 4.5m wide, joins us. Fantastic! After a good meal, we go back drifting again, and then, a marlin’s strike on the only stand up rod… outfit with a bonito. The big fish caught behind the operculum, was one to remember for Philippe, for 1h 40min. Anecdotally, the rod broke after 1h 15min. After having transferred the line on another rod, the fight ended successfully. On the 3rd day’s awakening, we go back on the spots with the rises of wahoos and yellowfin tunas of the previous day. Currents had changed and forced us to cross again the plateau (3h), slowed down by the wahoos and yellowfin tunas, still so voracious. On arrival, only red coral trouts and two spot red snappers are biting. Dogtooth tunas start right after sunset. To end this wonderful trip, a double strike of doggies: 38kg and 53kg (the 197th…). Just before reaching Rodrigues at dawn, a small black marlin rewards us with a nice show before unhooking! 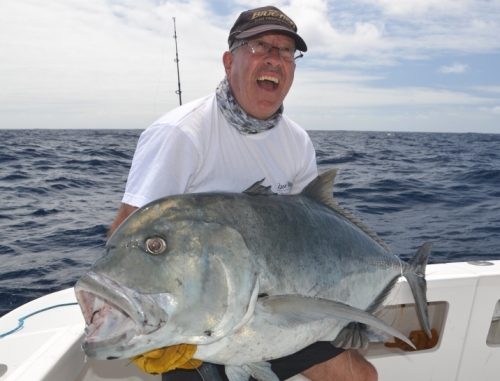 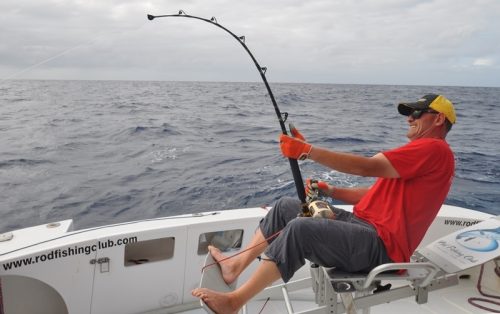 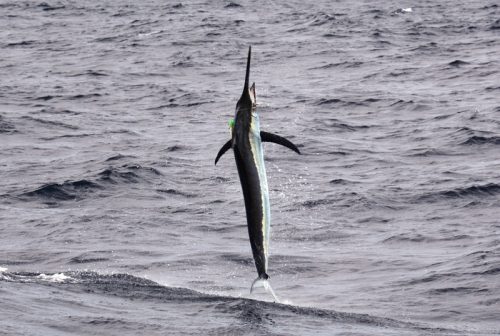 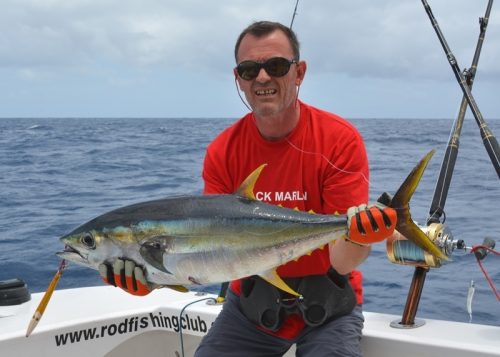 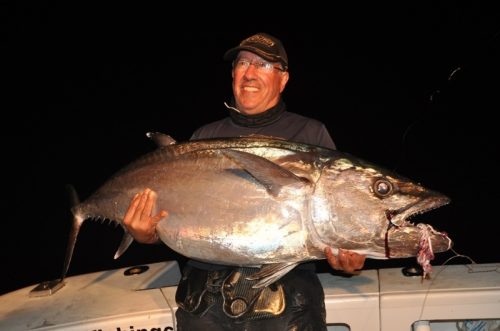 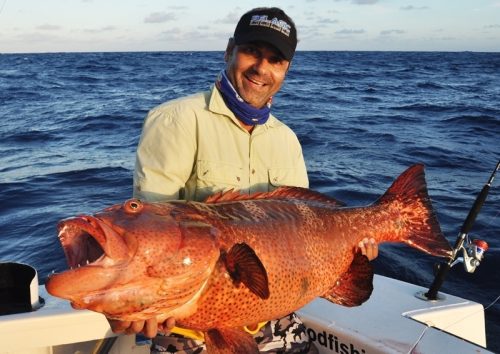 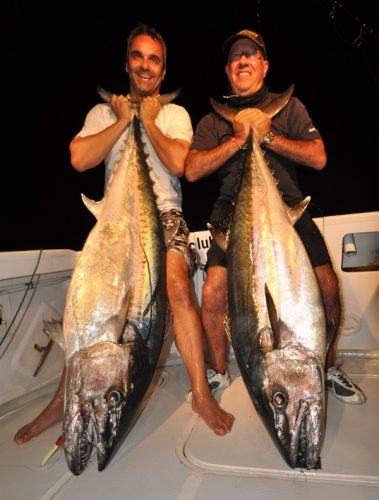