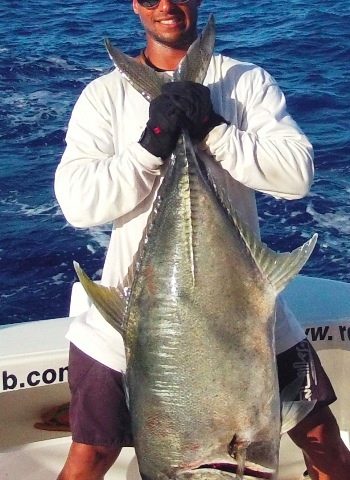 For once, the tail of the cyclone Ethel, forced the Black Marlin to reach up the Hawkins Bank, for an XXtreme (89h trip), with wind and swell almost in front of. If the first day the good conditions enabled us to fish well, it was not the same the following days: up to 2.6knots of current on average. A small blue marlin is tagged and released and another one is unhooked. Two big white tip sharks on baiting have also been released,  around 80kg and 100kg. Except some beautiful wahoos, yellowfin tunas and  giant trevallies, the jiggers, and especially Jeremy, did not have so much fun. 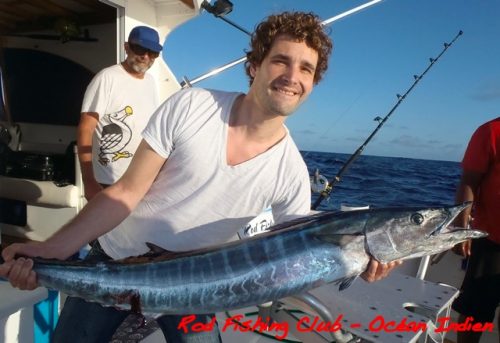 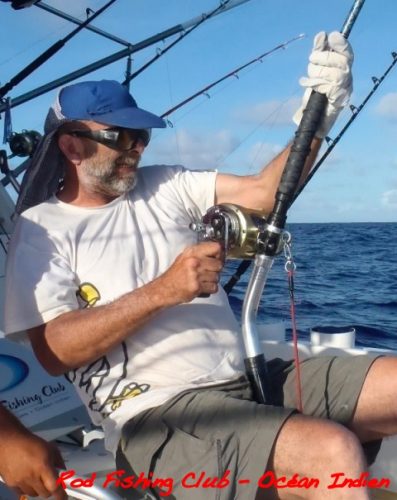