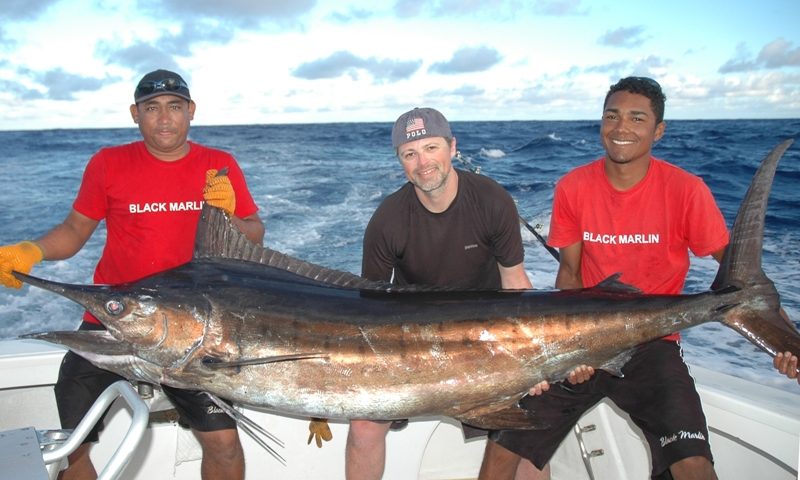 Dead calm, flat sea, no wind and a stifling heat after the rains of last week! The first day is around Rodrigues. Jumping wahoos, with an average of 15 kg, will finally be punished for having beaten all the bonitos used as live bait for marlin. The following day we headed towards the Eastern Bank in the same conditions. Jigging was not that good. But on the 3rd day, Jérôme is rewarded for his great assiduity. With Yann, whom he knew since 2003 in Reunion, he already caught black marlins.

To celebrate his 40th birthday, the 10th year he’s been knowing Yann and his 7th consecutive year with Rod Fishing Club on 28 December 2013, Jerome achieves his very first SLAM on trolling, which is also the first of the season: 1 sailfish of 45 kg, a black marlin of 150 kg and a blue marlin of 110kg. Congratulations Jerome and happy birthday. 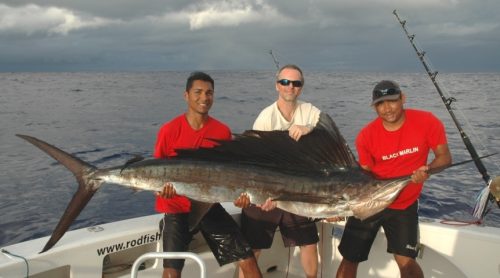 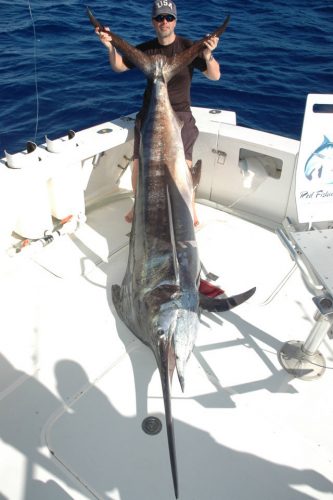 For the world cup in 2010, Paul the octopus used to predict the scores of the matches. Here we have Titi the Noddi, the marlin’s bird, giving 100% concentration… After half an hour upon this rod, he directed towards another one and it immediately started on! Nice little story, isn’t it?

IGFA (International Game Fish Association) has just officialised as world record, all tackle, the two spot red snapper (Lutjanus bohar) of 31lb 15 oz, that is to say 14.5kg caught by Anne Laure Bruneau on 25 November 2012 aboard Black Marlin in Rodrigues with Yann as the skipper. Read report fishing  2012  25 of November. 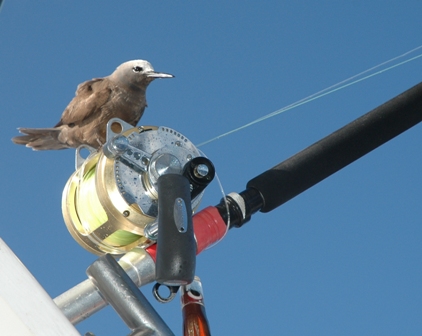