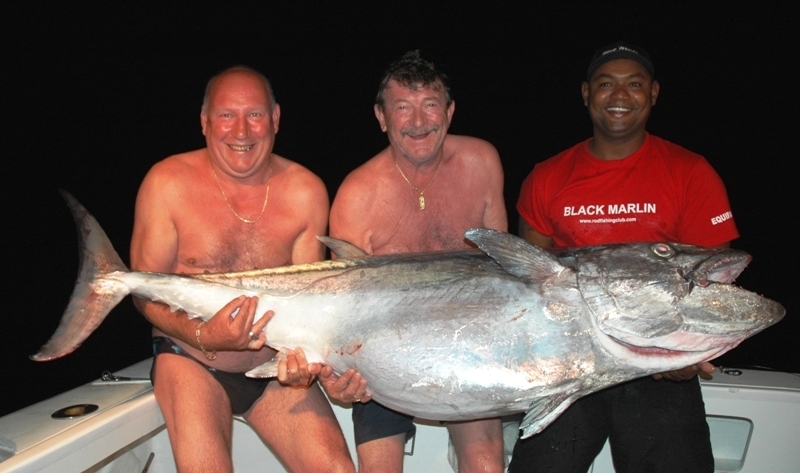 Jacques, who is used to come to Rodrigues, wanted his friend Charly to discover big game fishing. He just forgot to tell him they were going for a four days trip. Charly will then discover a 65h Xtrem version. A trivial detail: on the third day, they preferred their aperitif and dish of carpaccio to small yellowfin tunas, which the crew had fun to catch though. This did not stop Jacques to release a “little black marlin” and two beautiful sharks. He also managed to equal Bruno Tuband’s record on Hawkins Bank in catching the 167th dogtooth tuna over 50kg, weighing 78kg on baiting. Beautiful wahoos, doggies, yellowfin tunas and  giant trevallies come to complete this picture. Rain, wind and a rough sea forced this sympathetic team to carry on around Rodrigues with a 34hour XL trip. There were lots of dorados, wahoos, yellowfin tunas and doggies (73kg for the biggest one, that is to say the 168th over 50kg aboard Black Marlin). 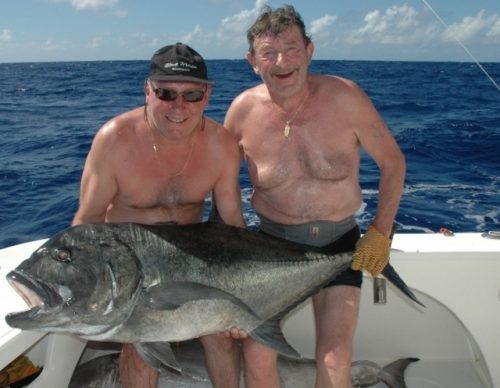