Weather is correct for the first trip of 52h around the island. Quite a lot of trolling to spot activity, with nice wahoos between 16 and 25kg, small yellowfin tunas and moreover, a very first black marlin released by Gilles for his very first fishing trip overseas. Numerous doggies on the plateau promise us a nice jigging session. Unfortunately, that was not the case. The “Reds”(two-spot red snappers, red coral trouts and lunar-tailed coral trouts) were fully in force with some bluefin trevallies and golden trevallies.
The 89h trip originally planned on Hawkins changed into 2 trips of 38h and 32h and a half because of strong wind and a southern anticyclone. Pierre joined the team for both of those sessions, with the same punishment! 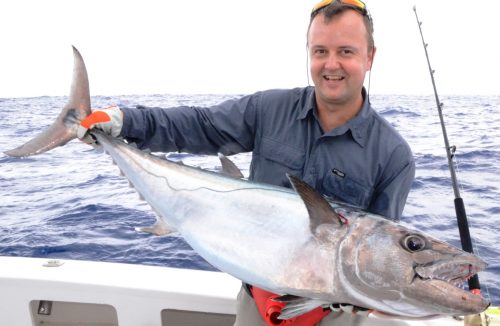 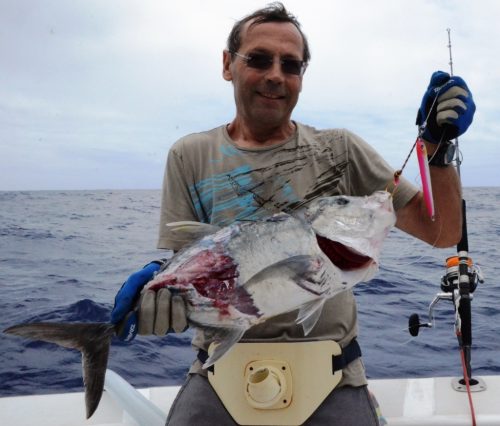 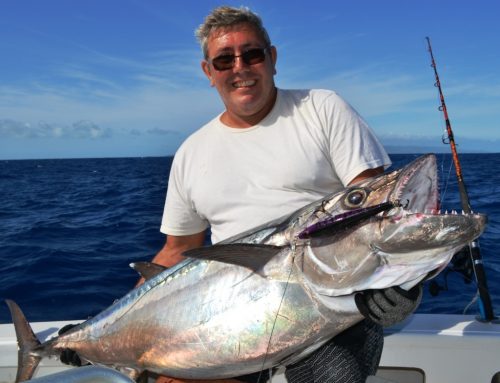 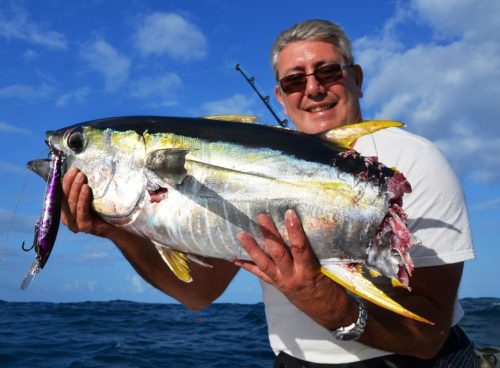 However, fish are heavier: 30kg for the biggest doggy by Pierre for his very first exotic fishing trip, 32kg for the biggest wahoo, 19kg for a yellowfin tuna, seriolas, dorados, job fish, 9kg for the biggest golden trevally; as well as a nice barracuda caught in jigging at night by Gilles and released. During the second trip, we had a nice adrenaline rise with a black marlin about 150kg following a tuna an angler was catching up to the boat. Unfortunately, he spitted out the bonito we had just given him while the tuna sheltered under the boat.

This first trip brings to light what we often recall: “We always must adapt (to weather and be adaptable in fishing techniques). Jiggers were not fully satisfied. 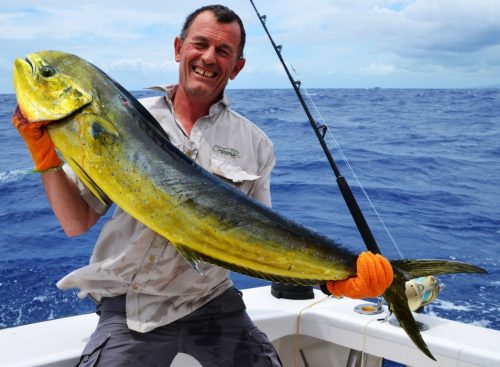 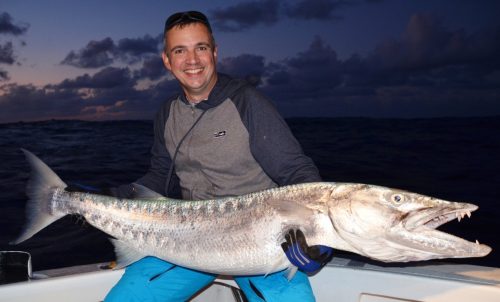