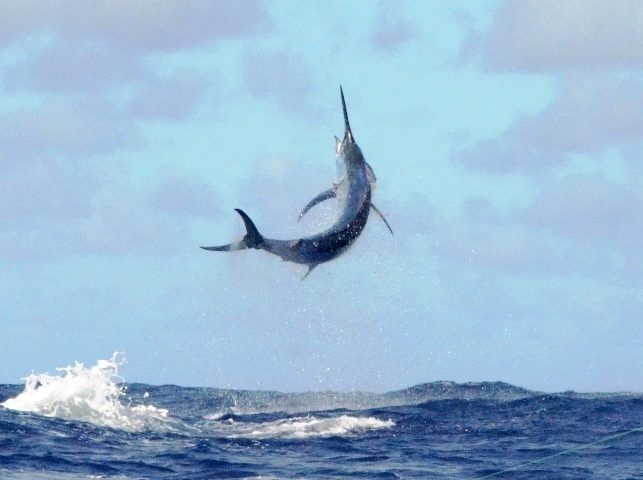 3 weeks ago, Thomas, the “Mantra”’s South African skipper called us. This private boat is exceptional (88 feet long, 5200 CV, with all the most recent technologies). He wanted to fish around Rodrigues and its banks. After a very nice telephone contact with Yann, both boats were supposed to meet on the Hawkins Bank, fish and come back together… at Port Mathurin on March 22nd. In front of the very good atmosphere and the quick complicity that settled, Thomas invited us (Yann and Alain) for a 48 hours trip on the Eastern Bank, with our 2 customers IGFA representatives (Barbara and Michel) and Bernard, Barbara’s friend.

We would like to thank the Mantra’s owner as well as his incredible crew, wonderful with their professionalism and kindness: Captain Thomas, the crew “Magic” Robin, “Crazy” Sparky, “Wonder” Graeme and Rein; they enabled us to live a dream for 48 hours, emotionally charged with friendship and sharing on this outstanding yacht. The Mantra only looks for billfish and only practices catch & release. After a grand slam on Hawkins, 2 marlins are released on the Eastern Bank: a black marlin about 250kg rewards us with tremendous acrobatic tricks and jumps and a blue marlin about 200kg. On the following day, Clarine, Alain and Michel come back aboard for a day trip around the island (no billfish) while the Black Marlin leaves for a 54h trip around Rodrigues. 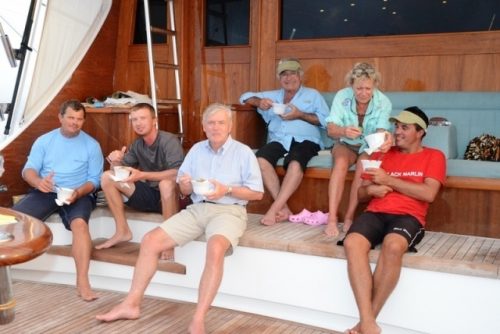 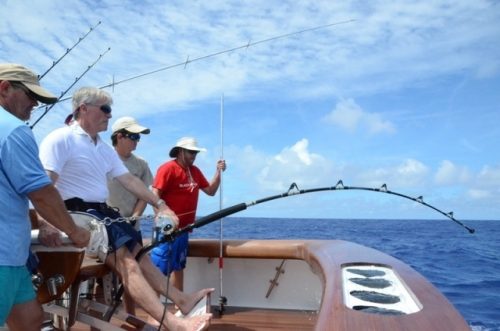 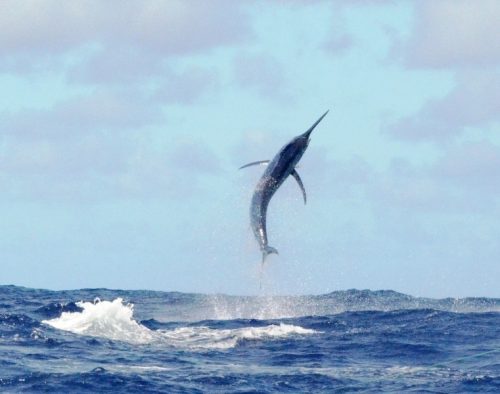 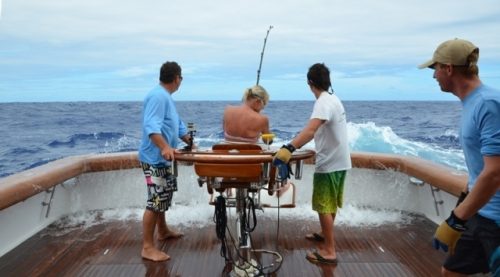 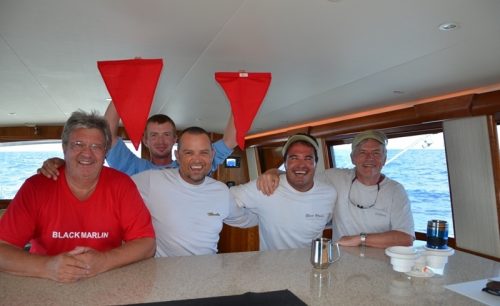