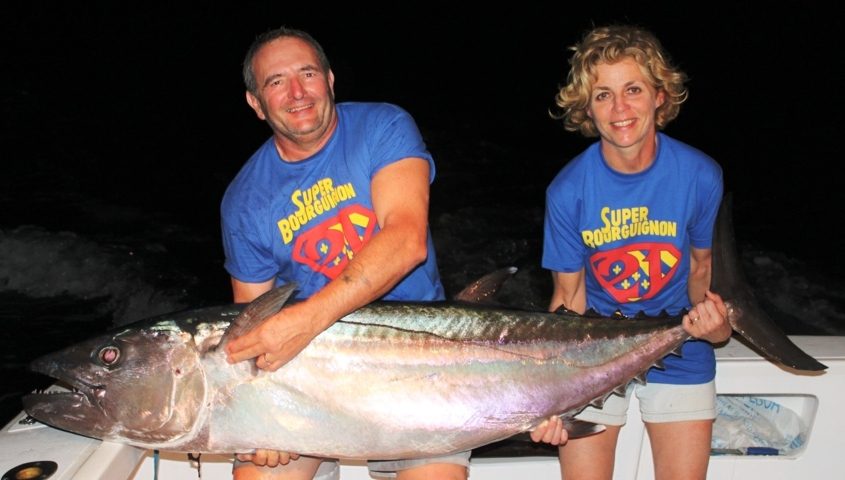 Ending their fishing trip on a high note as it was a world record, these 2 couples of «super burgundians» company managers accepted to reveal you their secrets in pictures. “A plan (a fishing trip right now) without any action is a dream or fantasy? For us, preparation takes precedence over action. Because preparing is already acting!” We completely rely upon Yann as far as fishing and tackle are concerned. It then allows us to come hands in pockets and not overload our luggage. But we do bring a stock of ammunitions. And there is no amateurishness here! A wise selection of good bottles of wine, without any excessive chauvinism, so that we could remain on the seat of power 4 days long.

In addition to the usual yellowfin tunas and wahoos, 3 big dogtooth tunas over 50kg were caught: 50.6kg by Philippe B and 57.3 and 62.7kg by Philippe D. They then write there names down for the 187th, 188th and 189th doggies over 50kg on baiting aboard Black Marlin. Christine is not outdone as she caught dorados, yellowfin tunas and wahoos. Philippe B caught a black marlin about 100kg, while his wife Anne Laure ends in a blaze of glory with a two spot red snapper of 14.5kg. After homologation by IGFA, it should become the new world record All Tackle. This is worthy of a burgundian roll! 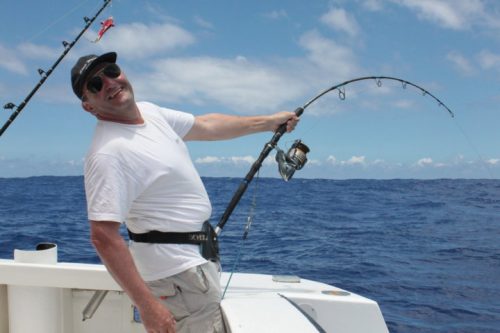 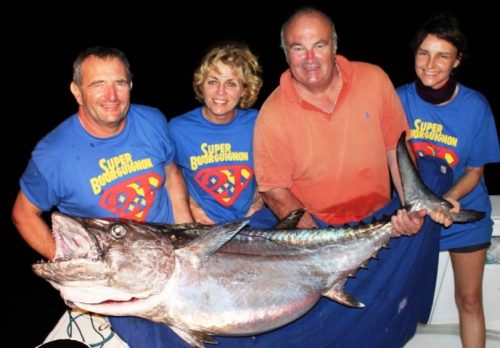 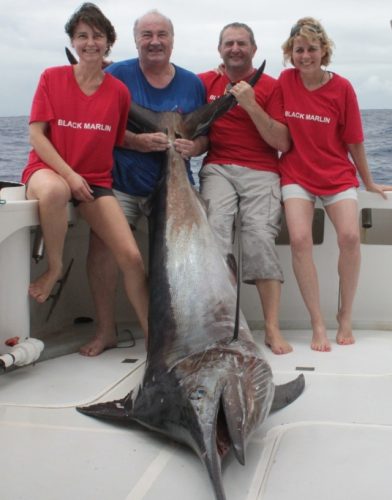 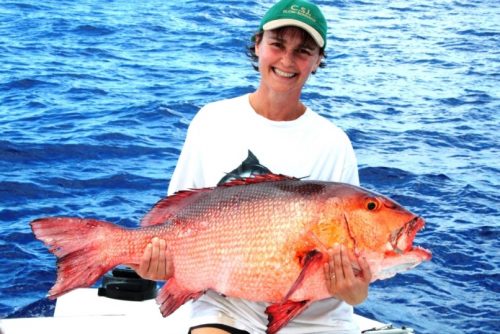 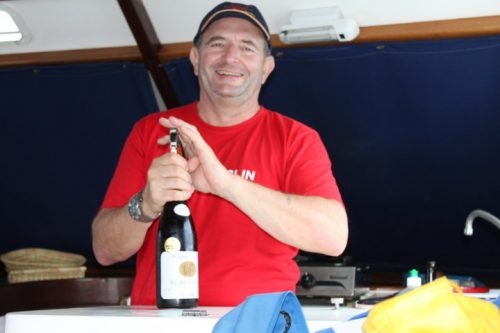