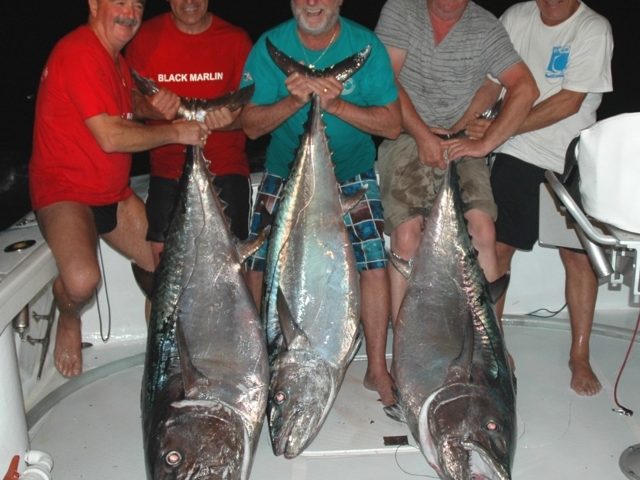 It was a first for this sturdy team of bon-vivant from Cap-Breton. They lead off with a one day trip around Rodrigues in order to get in touch with the crew and the boat. This trip will be very pleasant for its diversity: yellowfin tunas, dogtooth tunas, jobfish, dorados, wahoos, red snappers, red coral trouts, etc… with their tackle and lures. Bernard brought its fetish lures “Pole Position”, of his friend Prost from New Caledonia. Guy, Serge 1’s father, 73 years old and a tower of strength, was seating on the fighting chair. He actually surprised the crew while the rods started to sing…. “How will you be able to reel in with one hand and your can of beer in the other?”

As they are used to the Golfe of Gascogne, fishing on Hawkins with a tonic sea did not bother them. The very best of this trip, 130 pieces of fish, was made at sunset, just before coming back with 3 dogtooth tunas to follow : 72kg by Serge 1, 43kg by Bernard et 62.5kg by Serge 2, making the slider of doggies over 50kg aboard Black Marlin since 2005, rising up to 186. Jean Pierre already caught on shark fishing in the morning a white tip shark about 100kg and Serge a hammer head shark. 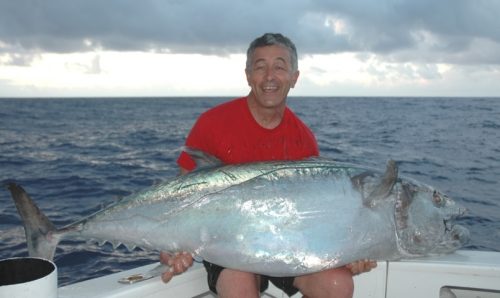 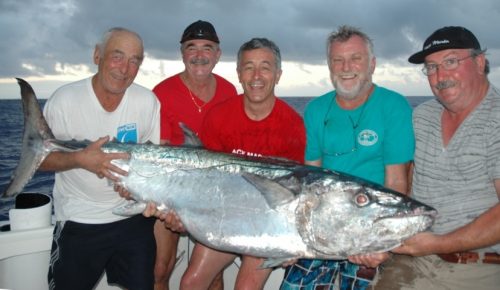 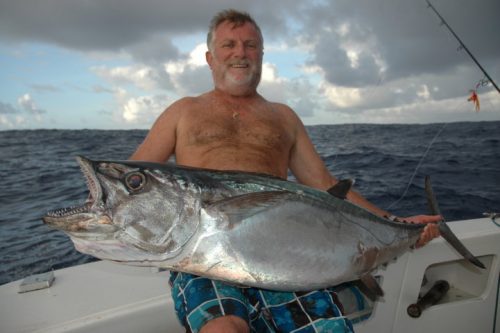