However weather is perfect, going on Hawkins with this warriors’ team isn’t a problem… except we cannot activate the automatic pilot. Activity is hard trolling and jigging on big pieces. Current turn and do not offer any stability.

Trolling the biggest yellowfin tuna is 23kg and the biggest wahoo is 25kg. These fish provide big thrill to our friends on their heavy spinning combos. 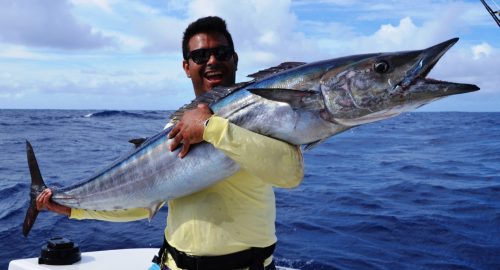 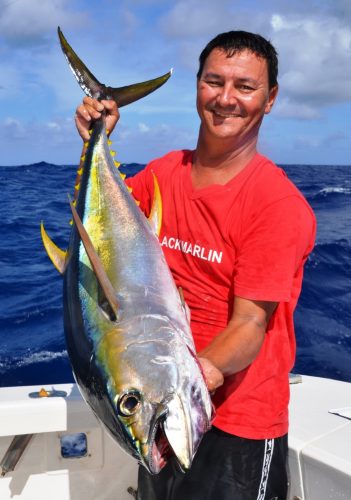 Numerous small doggies are released while jigging. The biggest is 28kg. However, there are hips of lugubris trevallies! A nice Giant Trevally between 25 & 30kg caught by Tof is released. Some jobfish, seriolas, rainbow trouts and rainbow runners complete this tableau in which big fish is absent.

This Unbearable Team 974 will remain faithful to its surname and will keep all along its trip a crazy and even wacky atmosphere. Do you know the sea monkeys? You will be able to discover them on our video dating 26th March on our Facbook pages at Rod Fishing Club et Yann Colas. 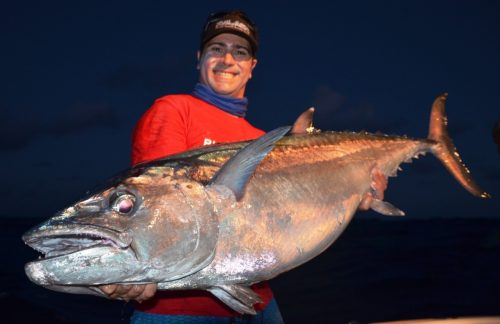