The tide of the 21st March was supposed to be the one of the century. The 22nd’s tide was still high. Therefore, our way to the bank is laborious (wind, swell and a 2 knots frontward current). 8h to cover 50 nautical miles. We arrive for sunset. We catch a few doggies, trevallies and jobfish but no big fish. On the following day, activity concerning yellowfin tunas is great… but they do not bite! We jig a large part of the day: doggies, seriolas (13kg for the biggest), rainbow runners, lugubris and blue trevallies.

Yellowfins seem to remain on the coral reef now. We change our fishing techniques (at last hey!!!). So we catch a flurry of yellowfins the smallest of 15kg and the biggest between 35 and 40kg and dorados. What’s best to end up our heavy spinning session of the day? Icing on the cake: a marlin comes by the boat to grab a tuna we were gaffing.

Just the time for us to give it a live bonito, almost into its mouth… and 30m later, we could release a black marlin about 150kg.

This great crazy jiggers’ team realized that there is little difference between Hawkins and the Eastern Bank. 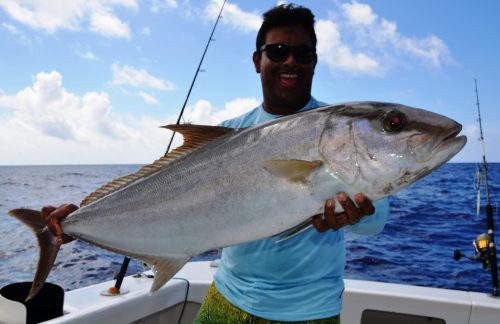 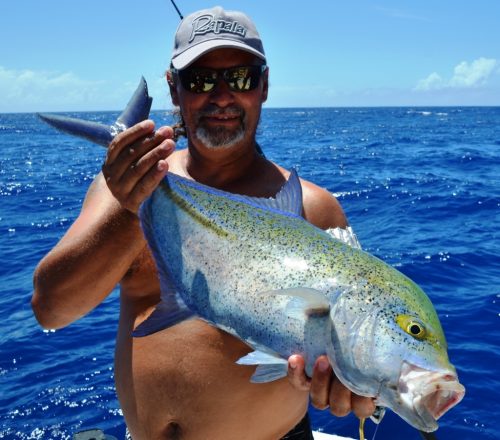 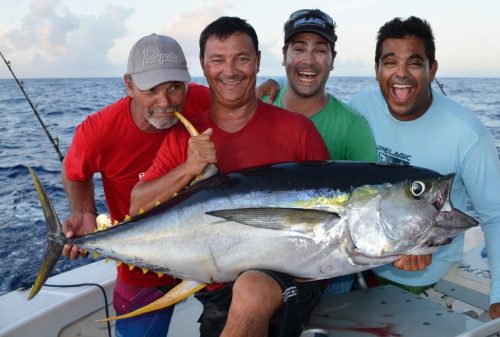 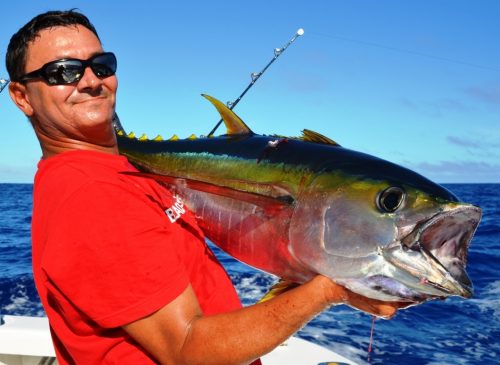