Departure at 8.30 PM for a 70h trip on the Eastern Bank. After a good night at slow speed to reach the fishing spot, all the anglers will keep in mind this very first day… Activity has seldom been as intense! 14 nice yellowfin tunas including 1 of 30kg, a double strike of sailfish of 45kg each, 7 wahoos including 1 of 28kg and a doggy of 17kg. Pierre will have a great fight standing up for 1h and a half with a 160kg black marlin.

The second day was not the same! The good luck quota was exhausted… we shall be live baiting the main part of the day. A marlin unhooked the live bonito and wahoos shortened the baits. On the last day, after catching a few pieces of yellowfin tunas, we’ve been live baiting again. There will only have a nice white tip shark about 80kg coming over. The way back on Marlins’ Boulevard was very quiet.

Morality: one has to seize the activity of the moment because days pass by, yet each one is different. 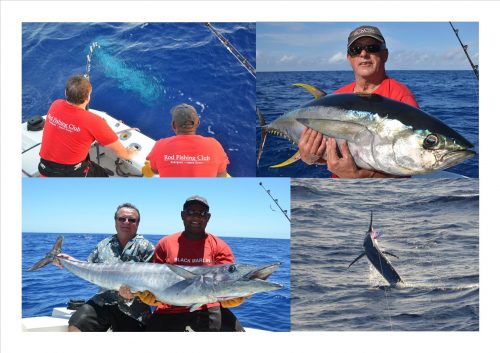 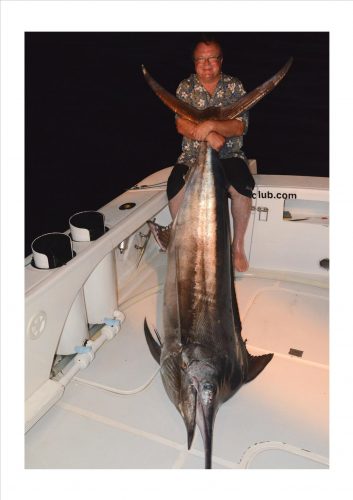