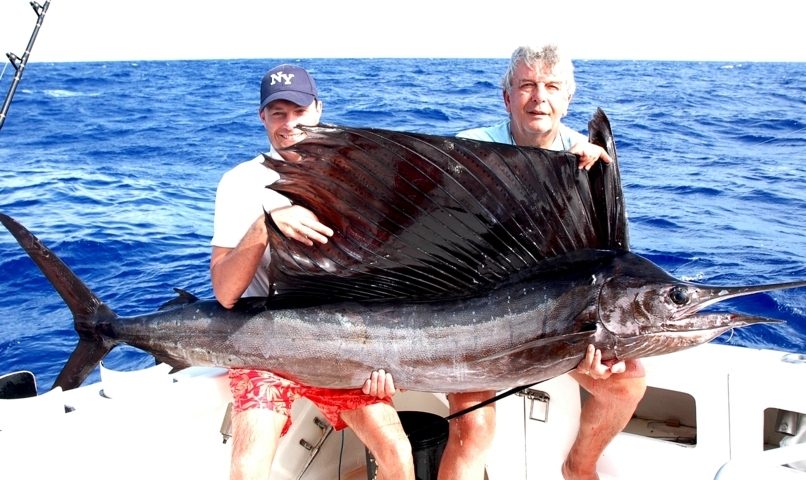 Greg, coming for the 7th time, says he wants to catch on baiting a hammer shark, one of the few he did not catch yet. Maurice releases a first blue marlin between 80kg and 90kg. While catching a black marlin, Greg leaves his rod to Maurice because a hammer has come by the boat. Just the time to throw bait and it hooks! Greg is on his way! Maurice catches up a black marlin about 110kg but Greg unfortunately lost his hammer shark.Greg consoles himself with a nice yellowfin tuna standing up and leaves the following strike to Maurice who catches a sailfish of 45kg.1° Slam for this Team and 2nd  for us within 15 days. Maurice wins all! 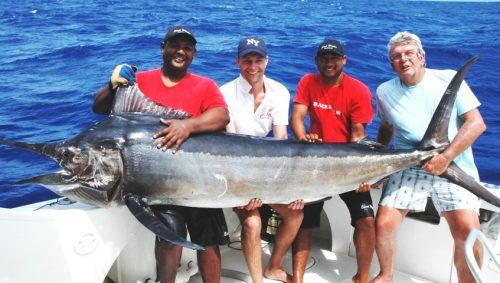