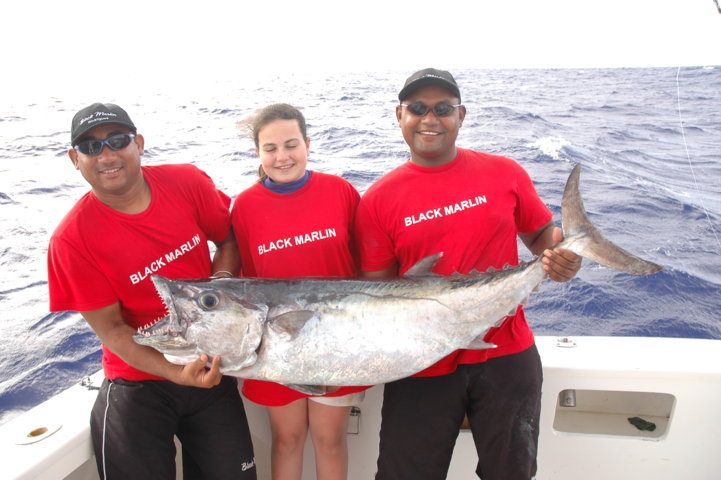 Good seed makes good crop! William, Cécile’s brother still is the junior world record holder with a giant trevally of 43kg caught aboard Black Marlin on 14 February 2010. Goals are set: a feminine record for Cécile and a sailfish for Jean Yves, the father (to complete his hit parade). Cécile is a genius in mathematics (an average 19.8/20 in form 1) but she requires the necessary muscle! The very first day, highly motivated, she catches a dogtooth tuna weighing 28.5kg on the official weight station, a new potential junior feminine world record! What about Daddy? Two sailfish on trolling! Targets are reached… The following days do not allow us to improve this “record” but to acquire experience with other pieces of fish: yellowfin tunas (31kg for the biggest), wahoos, dorados, jobfish, tunas, trevallies and also several other doggies! Congratulations! William prepares higher institute… and cannot come and fish with his sister at the moment. What is their next goal? Be able to fish together… Jean Yves, you can be proud of your children. They are “healthy minds in healthy bodies”! See you next year then. 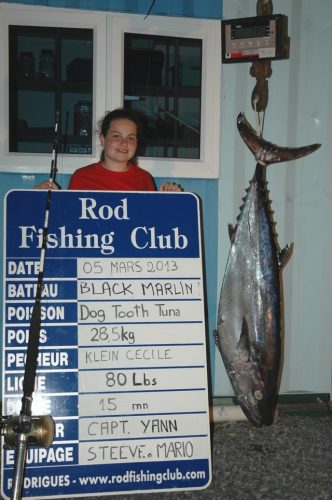 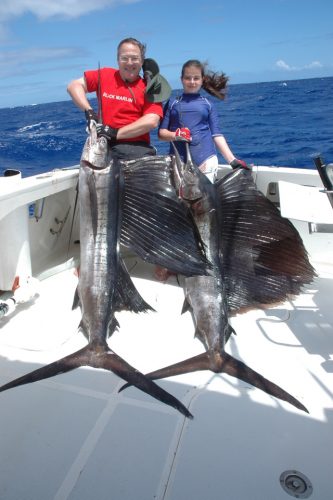